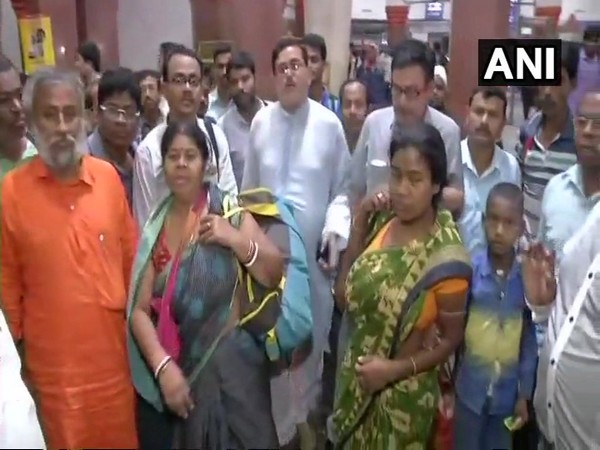 The group, comprising of victims of the recent clash which took place in West Bengal during filing of nominations for the upcoming panchayat elections, arrived from Howrah to present their case before the President.

Incidents of violence were reported from Murshidabad, Malda and South 24 Parganas districts on Monday, when clashes erupted between Trinamool Congress (TMC) and BJP supporters.

The BJP claimed that nearly 30 of its party workers were attacked after violence erupted in West Bengal’s Birbhum district, claiming one life.

In this regard, Chowdhury said the affected victims would address the matter before President Kovind as well as in the party office, for which they will travel to New Delhi.

Terming the clash an “attack on democracy,” Chowdhury on Wednesday had said such a situation was not new to the state.

“In West Bengal, democracy is under threat in the reign of the TMC government. This situation has been prevalent in the state for long, but the administration has not taken any action. 30-35 BJP workers have been attacked, who did not go for nominations. We will go to Delhi and present the case before the President and in the party headquarters,” he said.

Echoing a similar view, the wife of the man who was killed in the clashes alleged that the death of her husband was an attack by the TMC. She further alleged that she was threatened by the ruling party.