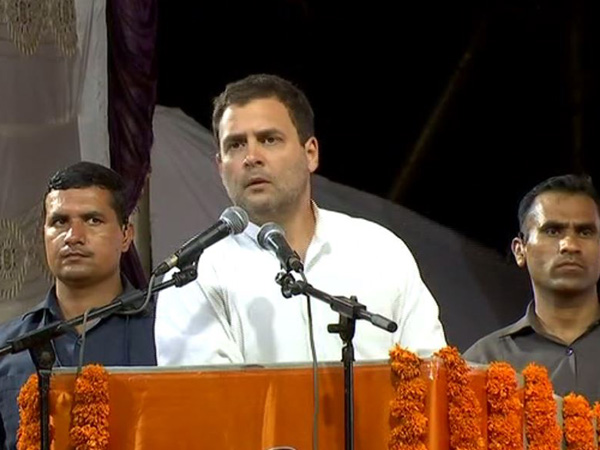 “On one hand, Modiji says he is against corruption, and on the other hand, he has a jailed minister (B.S. Yeddyurappa) standing beside him. Take the case of the Reddy brothers. Eight tickets have been given to them to contest elections in Karnataka, along with a clean chit from the Prime Minister. Many absconders including Nirav Modi have looted public money and fled the country, but Modiji has not said a word about any this,” he said.

The Congress scion further questioned Prime Minister Modi’s silence on various matters, including farmer loan waiver and the growing atrocities against women in the country.

“I had approached him (Prime Minister Modi) along with a delegation of ministers requesting for a farmer loan waiver. However, he refused to say a word on this matter, even though this has been done by many state governments. In Uttar Pradesh, his own party man is involved in a rape case, and still, he did not say a word. The truth is, he cannot be questioned, and will remain silent,” he said.

In the second day of his visit to poll-bound Karnataka, the Congress President will be visiting Mangaluru, Bantwal, Mysuru and other areas in South Karnataka.

On a related note, Karnataka will go to polls on May 12 to elect its representatives for the 225-member assembly.

The results will be out on May 15.