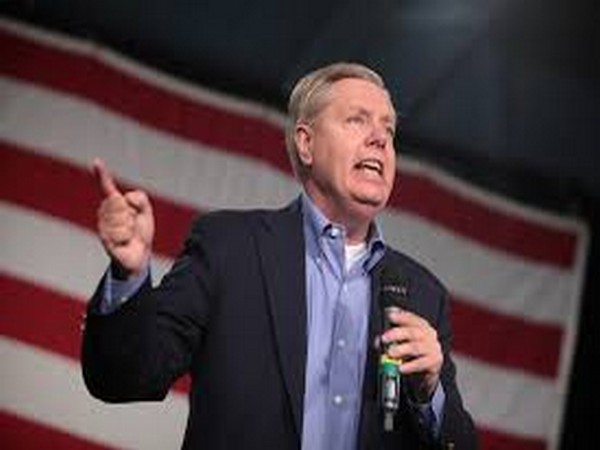 US Senator Lindsey Graham on Friday pitched for awarding a Nobel Peace Prize to United States President Donald Trump if he successfully negotiated the denuclearization of the Korean Peninsula.

“Donald Trump convinced North Korea and China he was serious about bringing about change. We’re not there yet, but if this happens, President Trump deserves the Nobel Peace Prize,” Graham tweeted.

“It wouldn’t have happened without Trump,” the Hill reported, citing the South Carolina Republican, as saying in an interview with Fox News.

In an interview with Fox News, Graham noted that if the US President is able to secure a promise from North Korean leader Kim Jong Un to denuclearise at a summit later this year, the president would deserve the coveted award once given to his predecessor in 2009.

This is contrary to what the Senator have been saying in the past.

Graham has previously called President Trump “a kook,” “unfit for office” and a “political car wreck, according to the reports.

This comes in the backdrop of North Korean leader Kim Jong-un and South Korean President Moon Jae-in ending their historic summit on Friday with a glimmer of hope and positivity in Panmunjom.

To begin with, Kim became the first-ever North Korean leader to step on the South Korean soil, when he took a step at the border village of Panmunjom in the Demilitarised Zone (DMZ), the world’s most heavily guarded border, separating the two countries. He then shook hands with Moon, which was the first-ever meeting between them after the Korean War ended in 1953.

The Korean War between the two countries took place between 1950-53, which ended with a ceasefire and signing of an armistice agreement.

Technically, both the countries are still at war since no peace treaty has been signed between them.

In a joint declaration after the talks, the two leaders officially inaugurated a document formally called the ‘Panmunjom Declaration for Peace, Prosperity and Unification on the Korean Peninsula.’

The declaration read, “The two leaders solemnly declare that there will be no more war on the Korean Peninsula and a new era of peace has begun,” CNN reported.

The two Koreas agreed to sign a peace treaty formally later this year, ending the six-decades-old war between the two countries.

Moon also reiterated that it marked the rise of “a new era of peace.”

The South Korean President is also slated to visit Pyongyang later this year, according to a statement released by his presidential office.

Many countries such as China, Russia and Japan and the United Nations (UN) have praised the outcome and positivity of the successful summit. They hoped for ending of hostilities and pressing for peace, denuclearisation and reconciliation of the Korean Peninsula.