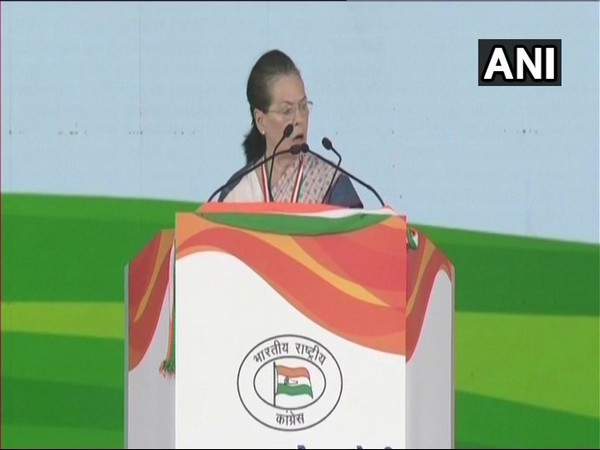 United Progressive Alliance (UPA) Chairperson Sonia Gandhi on Sunday lashed out at the Prime Minister Narendra Modi-led National Democratic Alliance (NDA) government, saying that every section of the society was facing hardship under its regime.

Speaking at the ‘Jan Aakrosh’ rally organised at the Ramlila Ground here, she accused Prime Minister Modi of duping the farmers and youth of the nation.

“Rapists are being shielded, unemployment level is high, farmers are committing suicide and the Bharatiya Janata Party (BJP) is doing nothing about it,” the former Congress president said.

“Youth were promised two crore jobs. But nothing happened, they are still looking for jobs, and they know they have been betrayed by Modi Ji. Atrocities on woman have increased so much that even little girls are not safe and the culprits are being saved under this government,” she added.

Further, Gandhi urged the nation to unite against the BJP regime as she believes that the country is going through a difficult time.

“Under the leadership of Congress President Rahul Gandhi, let us all pledge our commitment to the cause of saving our nation from the violent and hateful forces that are destroying India,” she concluded.

How Gandhi’s killer can be called great, asks Asaduddin Owaisi