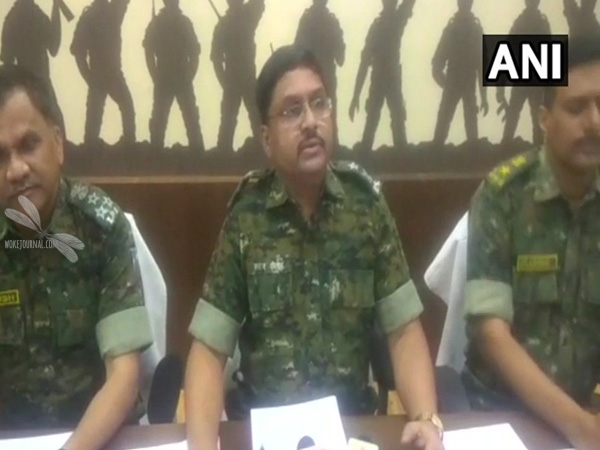 The Indian State’s celebrations over the ‘most successful’ operation to kill Maoism in India has not died down yet. Bodies are uncovered every other day and the death toll in Gadchiroli keeps rising which has reached 40 as of today (April 30, 2018). Except for isolated bouts of social media voices, the media don’t seem interested in this phenomenon in which the Indian State killed 40 people calling them Maosists.

Apart from the obvious discrepancies in the police narrative, press releases and official statements but are devoid of a crucial detail. Who were the tribals who were killed? Reports named leaders of CPI(Maoist) and claimed that it was a crippling blow to them.

Sainath alias Dolesh Madhi Atram, a division committee member, Shrinu alias Shrikanth, Deputy Commander, Divisional Commander Nandu were some of the names mentioned. That, however made for a few of the bodies.Â Even in the extremely improbable case that all the people killed were Maoists, no police officer suffered any casualty even when they repeatedly claimed that the Maoists opened indiscriminate fire on them.

One of the first allegations that arose against the operation was how it was a planned massacre with an insider helping police. Times of India (ToI) reported that the Telangana State Committee of the banned Communist Party of India (Maoist) spokesperson Jagan, said in a press release that cops poisoned their cadres and some innocent villagers before killing them in cold blood.

This allegation acquires more importance when coupled with another news from Gatepalli village in south Gadchiroli. Since April 21, 2018, seven or eight people have been missing from the area. The residents told ToI that this group of seven had left the village to attend a wedding in Kasnasur at the house of a person by the name Shoma Madavi.

The eight people â€” Mangesh Atram, Irpa Madavi, Mangesh Madavi, Anita Gawde, Nusse Madavi, Raso Chukku Madavi, Raso Pocha Madavi and Ujju Usendi had left for Kasnasur to attend the wedding on April 21 but none of them reached the destination. Ujju’s body was identified at the Gadchiroli district government hospital mortuary and therefore the villagers think it probable that all eight of them were killed in the shootings.

Prasanth Diwate, PRO (Public Relations Officer), said that among the 40 who were killed, 18 have been identified and all of them are Maosists. 13 of the bodies have been handed over to the relatives. They said that they had got the information that Maoists were going to gather in certain areas but did not know why. When asked about the police not suffering any injuries while saying that the Maoists opened fire on them, they told TWJ that it was because they were wearing bullet proof vests that there were no casualties among the police.

The second killing area was Nainer forest near Rajaram Khandla in Aheri taluka. There, according to a Times of India report, the local tribals said that there werenâ€™t those many gun shots as the police claimed.

India’s clash with the group of tribals and backward classes goes back to as early as 1967, the time of the Naxalbari uprising. The armed rebellion in regions that the government considers Maoist centres, have always been connected with the government’s interest in the adivasi (original inhabitants of the forests) land.

Earlier, the United Progressive Alliance (UPA) Government under the leadership of Congress party had said that Indiaâ€™s biggest internal security challenge was Maoist violence. At the same time, it does not look like a coincidence that all governments have wanted to push the agenda of ‘development’ and this always included acquiring forest land. The tribal homelands are rich in minerals like iron, bauxite and copper. Multi national companies are waiting to get their hands on the land, to which the only hindrance seems to be the people who live there, the adivasis.

So when in the late 90s, the people of these lands started organizing under CPI (Maoist), it was as the only possible retaliation against the land grabbing by the state. The ruling right wing Hindu nationalist party Bharatiya Janata Party (BJP) has been in the forefront of encouraging Maoist killings. Indiaâ€™s aggressive policy towards curbing Maoism has been a pretext for army, police and others to conquer new heights in their careers and for monetory perks. BJP fuels this drive with the special packages and benefits and rewards for officers who carry out these state funded operations.