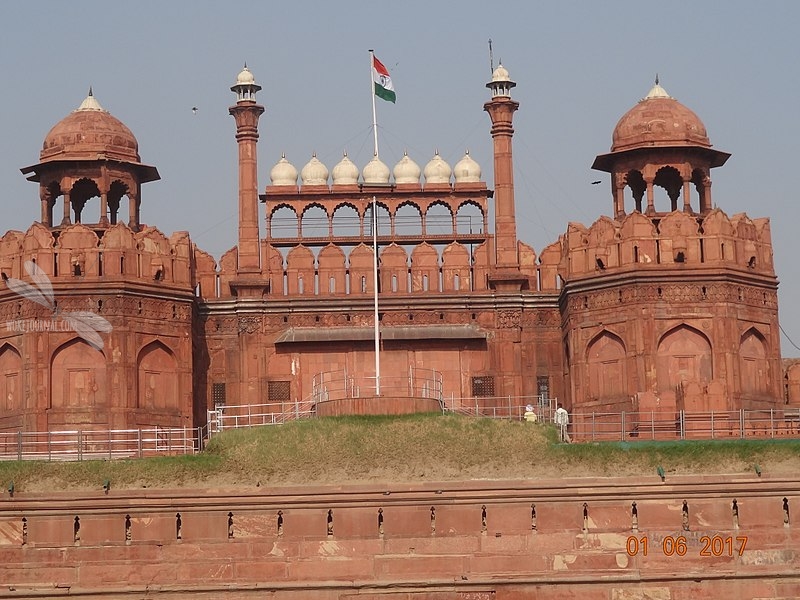 Share
Facebook
Twitter
WhatsApp
Telegram
Email
Print
Google+
Pinterest
Reading Time: 2 minutes
Red Fort, the famous historical monument built during the Mughal rule was adopted by Dalmia Bharat Group, a private firm under the ‘Adopt a Heritage‘ scheme of the current Bharatiya Janata Party (BJP) government. After the news broke, various political parties and leaders expressed their disapproval of a national heritage site being handed over to a private firm. However, that aside, the most troubling part now seems to be the nature of the company itself. Dalmia Bharat Group is headed by Vishnu Hari Dalmia, a senior member of the Viswa Hindu Parishad (VHP) and an accused in the infamous Babri Masjid demolition.
Vishnu Hari Dalmia is a former VHP President whose interest in the right wing agenda of establishment of what they call the ‘Country of Ram’ (Ram Rajya) has been made public many times in the past. The Ram Janmabhoomi Movement in which Dalmia played a big role seeks to establish India as a Hindu nation and build a Ram Temple at Ayodhya in the exact spot where Babri Masjid once stood. Hindu warriors dedicated to this cause are called Kar sevaks and are the ones who demolished the mosque in 1992.
Right wing Hindu organizations like BJP, VHP and others that come under the parent party Rashtriya Swayamsevak Sangh (RSS) are known for their intolerance towards Muslim monuments and rulers. In February 2018, BJP MP Vinay Katiyar had said that Taj Mahal would soon become ‘Tej Mandir’, denoting that they would be destructing this exquisite historical and ancient monument. Taj Mahal, was built by Shah Jahan, another Mughal ruler. Katiyar also is an accused person in the Babri Masjid demolition case. There have been several attempts under the current BJP government to rewrite textbooks in a manner that puts down Muslim rulers.
In October 2015, Dalmia had asked Prime Minister (PM) Narendra Modi to ‘gift Ram Mandir at Ayodhya’ to Hindutva leader Ashok Singhal on his 90th birthday insinuating that the government should complete the construction of the temple during its current tenure as the ruling party. It looks as if Modi gifted the Red Fort to Dalmia, instead.
Every year on the Independence day of India (15 August), the Prime Minister hoists the Indian flag at the main gate of the fort and delivers a nationally broadcast speech from its ramparts. This ‘adoption’ means that the Dalmia group will be in charge of the maintenance and security and in return will get to advertise themselves in the heritage site. Ironically, under the scheme, Dalmia will now be called ‘Monument Mitra’ (Friend of Monument).
The controversial case of the demolition of Babri Masjid, built by Mughal emperor Babur (hence the name) in which Dalmia is accused of criminal conspiracy is currently under trial in the Supreme Court of India.