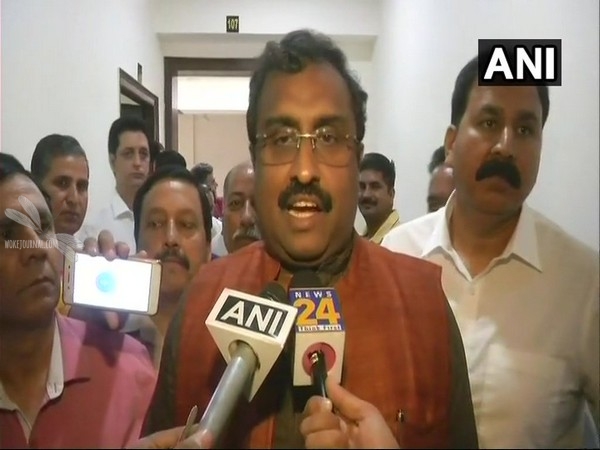 In a shocking move, Bharatiya Janata Party appointed Kathua MLA (Member of Legislative Assembly) Rajiv Jasrotia as a minister in the Jammu and Kashmir government on Monday, April 30, 2018. Jasrotia was one of the BJP MLAs who took part in the procession that the right wing outfit Hindu Ekta Manch had taken out in support of those who raped and murdered eight-year-old Asifa in Kathua, Jammu.

Jasrotia, who swore in as minister on Monday had openly supported the Hindus including a priest at a Hindu temple who raped and murdered Asifa as a means to drive the community of Bakerwal Muslims in the area. Asifa belonged to the community and was kidnapped in January 2018, raped by multiple people inside a Hindu temple after being drugged and was later killed and thrown in the woods. The rally in support of the people involved in the crime was conducted in February.

Jasrotia was not the only BJP politician who had supported the rape. Lal Singh and Chander Prakash Ganga, also BJP ministers, had to resign from their positions due to widespread outrage over their open support for the rapists by participating in the same rally. Eight of the nine remaining BJP ministers also had to step down the the week that followed owing to public resentment.

At the same time, BJP Genral Secretary Ram Madhav said that the cabinet reshuffle was not related to the Kathua rape and murder and was intended to bring in ‘new faces.’

Jasrotia was elevated to the position of minister and five more BJP politicians were inducted in the cabinet on Monday. Jammu and Kashmir has a coalition government with the People’s Democratic Party (PDP) and BJP. The new list is open in its support for the rape accused in Kathua case. Another newly inducted minister is Kavinder Gupta who had described the rape as a ‘small incident.’

Jasrotia’s role in the rally supporting the rape and murder was made public when the videos from the rally were released. It was seen that he had tried to incite violence against the Bakerwal Muslim community to which Asifa belonged.

The Hindu locals have been clamouring for a Central Bureau of Investigation (CBI) probe into the rape and murder after the police arrested the Hindu priest and others for the crime. The case is being heard in a Kathua court amidst hostility from Hindu lawyers who tried to stop the filing of the chargesheet. Deepika Rajawat, Asifa’s family’s lawyer has been threatened with rape and murder. The family had also sought to move the hearing of the case out of Kathua and Jammu and Kashmir for the same reasons.