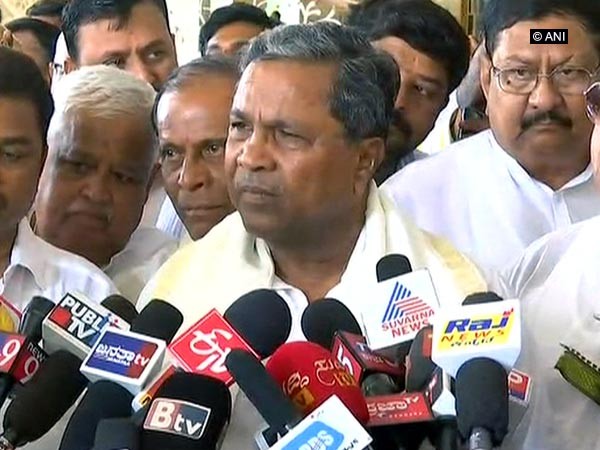 
Karnataka Chief Minister Siddaramaiah on Saturday tweeted a tongue-in-cheek reply to Prime Minister Narendra Modi’s remark on the Karnataka government being corrupt.
The answer comes after Prime Minister Modi had said that the Congress government in Karnataka is a ‘seedha-rupaiah sarkar’, hinting at Siddaramaiah directly.
PM Modi, during a public rally on May 3, stated that not even a single work was possible without bribery in the state.
Siddaramaiah tweeted, “Dear PM, I am glad you have made corruption an issue in this Election because that is your weakest point.You are making baseless allegations of corruption about our Govt.”

Dear PM @narendramodi avare, I am glad you have made corruption an issue in this Election because that is your weakest point.
You are making baseless allegations of corruption about our Govt.
Can you speak for 5 minutes on the ethics of using the Reddy Bros’ to win an election? pic.twitter.com/UPTNypEQ32


The Karnataka chief also said that the BJP is trying to hide the 35000 crores illegal iron-ore mining scam of the Reddy brothers.
“Can you speak for 5 mins on the ethics of using the Reddy Brothers to win an election? Making someone who has 23 cases of corruption, cheating, forgery your CM candidate. When will you speak of your top 11 leaders facing corruption cases? Awaiting your answer,” the tweet further read.
Both of them have been engaging in the war of words and verbally attacking each other during public rallies in the view of upcoming assembly elections in the state.
Prime Minister Modi is scheduled to address four rallies at Tumkur, Gadag, Shivamogga and Kodagu districts today.
Karnataka will go to polls on May 12 to elect its representatives for the 225-member assembly. The results will be out on May 15.

US Vows to Stands Firm With Saudi Against Border Threats

Section of Delhi Metro’s Pink Line to Open Next Week