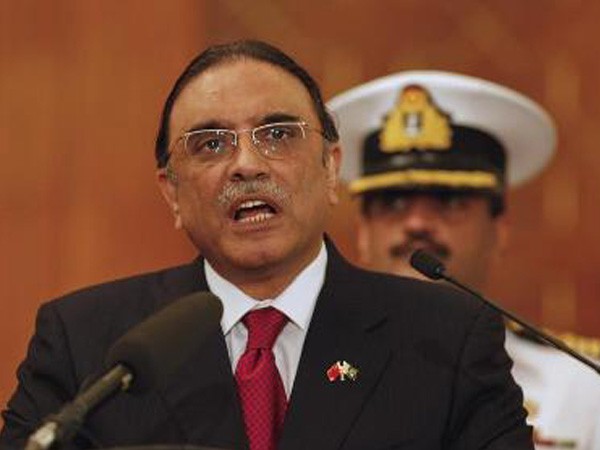 
Ahead of the general elections in Pakistan, former president Asif Ali Zardari said that the Pakistan Peoples Party (PPP) may forge an alliance with Imran Khan’s Pakistan Tehreek-e-Insaf (PTI).
The PPP and PTI earlier joined hands in the Senate elections.
“Necessity is the mother of all inventions. There was a necessity in the Senate and if there is a necessity we will do it [form an alliance] and if not we are willing to sit in the opposition or form the government,” Zardari said while addressing a gathering in Lahore, Geo TV reported.
“They (PTI) haven’t seen the Prime Minister House.They are in a hurry to get power,” the PPP co-chairman added.
He also slammed former prime minister Nawaz Sharif for weakening the country’s democracy, ” Nawaz turned into Prince Saleem and became our undoing.”
The general elections in Pakistan are due to be held in the last week of July or first week of August.