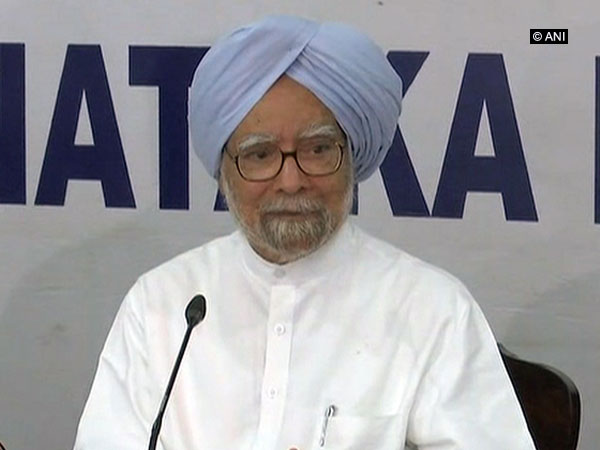 Taking a dig at the state of economic affairs under the Narendra Modi-led National Democratic Alliance (NDA) government, former Prime Minister Dr. Manmohan Singh on Monday said that the economy is growing below its potential.

“The ‘intentions’ of the Modi government, while claimed to be good, have resulted in massive losses for our country. The United Progressive Alliance (UPA) delivered an average growth rate of 7.8 percent despite turbulent global conditions. The NDA, on the other hand, has managed lesser growth rate despite a favourable international climate and low oil prices. In fact, growth rate under the NDA is lower in spite of the change in methodology, which paints a rosier picture than reality,” Dr. Manmohan Singh said.

The former Prime Minister also lashed out at the BJP government for hasty implementation of the Goods and Services Tax (GST) and demonetisation, calling them “avoidable blunders”.

“Two major avoidable blunders of the Modi government have been demonetisation and hasty implementation of the GST. The losses the economy suffered due to these blunders have severely hurt our Micro Small and Medium Enterprise (MSME) sector and have resulted in the loss of tens of thousands of jobs. Along with this, exports as a share of GDP have plunged to a 14 year low. This at a time when the global economy is reviving and exports of other Asian nations like Vietnam have been able to grow very substantially,” he said.

Dr. Manmohan Singh claimed that through the constant increase in taxes at the cost of the common man, the Bharatiya Janata Party (BJP) government is projected to have earned over Rs 10 lakh crore.

“India must demand answers as to what use this money was put to?” he asked.

He also said that in the present scenario, neither are banks lending nor is the private sector borrowing in order to make new investments.

“A healthy economy requires a well-functioning banking sector. The growth engines of the economy are spluttering. Perhaps it is here that the mismanagement of the Modi government is most evident,” he said.

“The proportion of gross Non Performing Assets (NPAs) have trebled since we demitted office. The quantum of frauds in the banking sector has almost quadrupled from Rs 28,416 crore in September 2013 to Rs 1.11 lakh crores in September 2017. Perpetrators of these frauds meanwhile escape with impunity,” the former PM added.

Further, Dr. Singh said that instead of taking prompt corrective action over economic mismanagement, the government has been busy providing excuses and peddling conspiracy theories as to what led to the problem.

“Meanwhile, as write-offs to corporate houses have exponentially increased, unpayable agricultural loans due to heightened rural distress are not being waived. In three years, over 2.41 lakh crore crores worth of loans has been written off by public sector banks. But where is the capital for the growth engines of small and medium enterprises?,” he questioned.

“In only four years, PM Modi has reversed the successes of the UPA government, in the process hurting our farmers. The aim of the present government to double farmers’ incomes by 2022 comes across as a wishful thinking,” he added.

He also said that the agri- Gross domestic product (GDP) growth rate under NDA government is half of that achieved under the UPA.

“Under the UPA II, the average annual Minimum Support Price (MSP) growth rate was 19.3 percent, under the NDA government; this has fallen to 3.6 percent. Agricultural exports, which had seen a five-fold increase under UPA, have since come down by 21 percent. At the same time, agricultural imports have risen by over 60 percent. It is worth seeking answers from PM Modi as to how he seeks to double the incomes when his government has failed to even match the record of UPA,” he concluded.