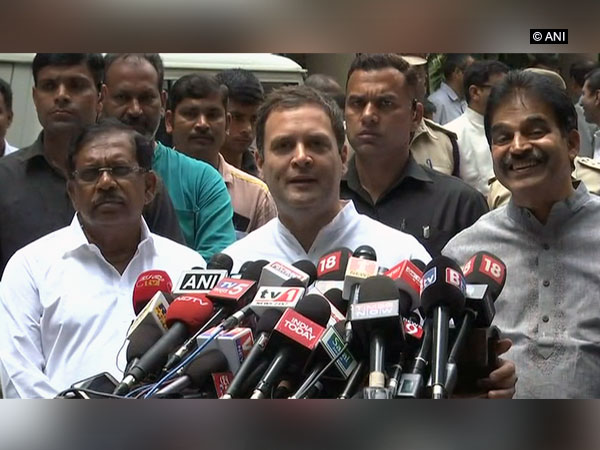 Claiming that Shah lacks credibility, Gandhi said the BJP which talks about honesty and decency, has a person accused of murder as its head.

Addressing media, Gandhi said, “Amit Shah has been accused of murder. The Supreme Court themselves have mentioned the (Justice) Loya case. So, I don’t think Amit Shah has a lot of credibilities. Let’s look into his background. Let’s see what he is responsible for. Let’s see how he does politics. Also, don’t forget that he is a murder accused. This is fundamental. The president of the BJP is a murder accused. That is the truth. The party that talks about honesty and decency have a person who has been accused of murder as its president.”

The Congress President also questioned Prime Minister Narendra Modi that why he has chosen B.S. Yeddyurappa, who has been in jail as the BJP chief ministerial candidate for upcoming Karnataka assembly elections.

“We are repeatedly asking the Prime Minister why he has chosen a corrupt person, who has been in jail, as his party’s CM candidate. Also, why Prime Minister Modi has given eight tickets to the Reddy brothers, who have stolen Rs. 35 000 crores of the Karnataka’s people money? Prime Minister should answer these questions,” he said.

While interacting with media in poll-bound Karnataka, Gandhi said he is willing to become the Prime Minister if the party turns out to be ‘the single largest party’ in 2019.

Gandhi on being asked if he can be the Prime Minister in 2019 if the Congress is the single largest party, he said, “Yes, why not.”

With the election to the 224-member Karnataka State Assembly nearing, the state has become a political battleground.

Elections will be held on May 12 and results will be declared on May 15.

14 Dead due to Toxins Water in Maharashtra, Allege Locals