Twitter is reportedly testing a new feature on its Android app that makes messaging secure with end-to-end encryption.

Called ‘Secret Conversation’, the feature is expected to be available in the conversation info section in direct messaging of the Twitter app on Android, Mashable reports.

As users seek more security, end-to-end encryption has become a new mandate for messaging apps. The technology makes it difficult for snoopers to access or intercept messages which are exchanged between two parties.

NSA whistleblower Edward Snowden had asked Twitter CEO Jack Dorsey for such a feature on the platform a year ago. It remains to be seen when the end-to-end encryption is officially rolled out. 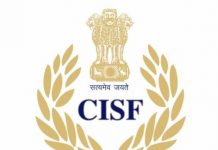