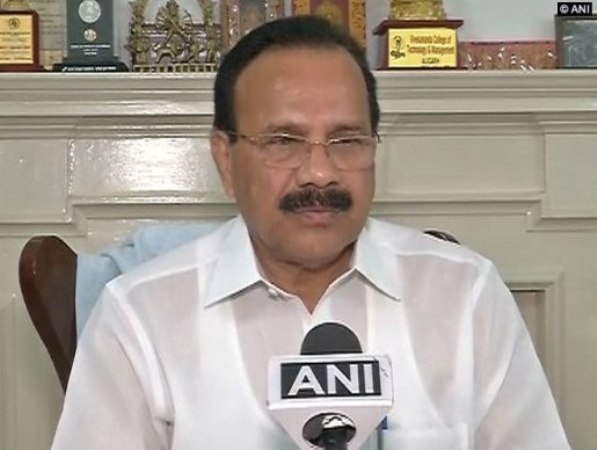 Talking to media, Gowda alleged that Congress candidate from Rajarajeshwari Nagara, Munirathna Naidu is behind the fake ID cards.

The former chief minister of Karnataka accused the MLAs of the ruling party of misusing their position and pressurising officers to enroll false names in voter list.

“This MLA Munirathna Naidu is a ‘gunda’. Nearly 60,000 voter ID cards have been manipulated, we caught hold of some & complained,” Gowda said.

Earlier in the day, taking to his Twitter handle, Gowda revealed about the recovery of more than 2000 voter ID cards and asked the Election commission to withhold the election in the constituency.

“How can 20000 + voter card can be found in private place. 5 laptops, printer, thousands of Form 6 Acknowledgement found in trunks. Someone is riding on democracy. Election to Rajarajeshwari Nagar Constituency should be withheld immediately,” Gowda tweeted.

He said that he will meet the Election Commission on Wednesday and demand a proper investigation on the same.

“I am meeting @ElectionComm Tomorrow morning along with a complaint to withhold Rajarajeshwari Nagara Constituency Election till proper investigation done. How can Munirathna Naidu @INCIndia candidate run democracy at his will? We are for For free and fair running of the election,” Gowda said.

“MLA Munirathna Naidu runs democracy at his will. We will not allow @INCIndia Goonda raj. 20000 Voter ids are in control of @INCIndia candidate at a private place along with laptops.printers.I personally saw how they #congresscheatsdemocracy We demand a total investigation to this,” he added.

The political battle for Karnataka has reached its acme where ruling Congress, BJP, and Janata Dal (Secular) are leaving no stone unturned to win the trust of voters who will cast their votes on May 12.

The counting of votes and announcement of result will take place on May 15, 2018.

Body of Jawan Found in Chhattisgarh