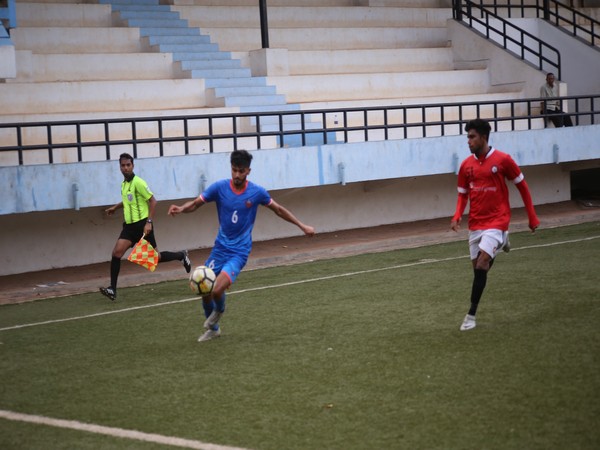 The FC Goa reserve squad rescued a late point to settle for a 1-1 draw against a spirited Ozone FC team in a tough tactical battle at the Duler Football Stadium in the second division I-league here last evening.

Both teams looked to keep possession of the ball in the opening stages and as such, chances were hard to come by. But as the game settled down, the away side began to dominate proceedings but failed to produce a goal.

The game only kicked into life late on in the second period when Brazilian striker Robert De Souza pounced on a loose ball to curl a superb effort past the enterprising Mohammad Nawaz in goal. FC Goa Reserves rescued a late point when Meldon powered home a late header from Liston Colaco’s free kick.

Liston Colaco had the first good chance of the game when he showed incredible pace to chase a loose ball forward. The last defender, however, got the faintest of touches to deflect the ball away from goal and prevent the Goan from going one on one with the goalkeeper.

The home side were seeing more of the ball but were unable to create too many clear-cut chances while Ozone were content with chasing the Goans and trying to hit them on the counter. The three-man defence of FC Goa Reserves, however, was holding firm.

The midfield pivot of Kingslee Fernandes and Hayden Fernandes were key to the Gaurs creating chances. On the 20th minute mark, it was the away side who could have had the opener but Franzil Isaac Negredo stuck out a leg to stop a good crossing from reaching an Ozone FC striker.

The Men in Red took confidence from that particular attack and began to apply more pressure on the home side’s defence. Lalnunsiama was next in line to clear a dangerous ball into the box. At the other end, Jason Barbosa could have netted the opener after Kingslee found him with a smart cut back from the left. The winger’s shot, however, was saved superbly by Abhishek Das in the Ozone goal.

The match was turning out into an intense midfield battle with both teams frequently opting for a long ball forward or a cross into the box. Ozone’s Brazilian forward Robert De Souza combined well with midfielder Vignesh D but the latter couldn’t beat Mohammad Nawaz in goal.

A couple of minutes later, Nawaz was called upon once again to make a save from Robert’s acrobatic bicycle kick from inside the box. The men in red were getting closer and closer to goal but with the first half reaching its end, neither side was able to break the deadlock before the referee called for time on proceedings.

It was more of the same in the second period with both sides playing out of midfield. Left back Saviour Gama was the first player to have an effort at goal but the defender miscued his shot and hit it wide.

It was Ozone FC though, who came closer to scoring in the early exchanges when Yongchan Son’s free kick to the far post just about went wide off a Goan defender. The resultant corner was headed over the bar by Robert.

The pressure from the away side was relentless as they received another free kick on the edge of the box on the left hand side. The Koren midfielder stepped up and curled a low effort straight at Nawaz who made the save.

As the match looked like it would end in another goalless draw between these two sides, it kicked into life in the final moments. Ozone FC took the lead through Robert who pounced on a loose ball just outside the box and curled his effort past Nawaz at the far post.

Even though that seemed it might be the last action of the game, the Goan franchise came charging back. Liston stood over a free kick in a good position and produced a peach of a delivery where an unmarked Meldon D’silva climbed over the defenders to power his header home deep into stoppage time. 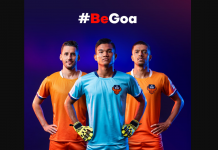 Mehbooba Mufti warns the centre against the revocation of Article 35