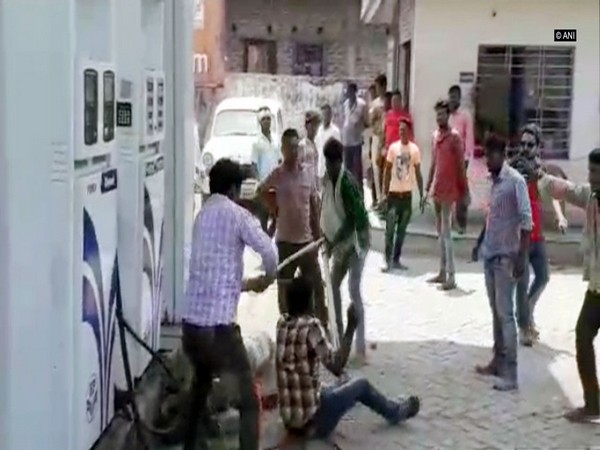 A Trinamool Congress (TMC) worker was shot dead on Monday in Kultali area of West Bengal’s South 24 Parganas district in poll-related violence even as voting continues in the state.

The TMC worker has been identified as Arif Gazi.

Earlier in the day, ballot papers were thrown in a pond after a fresh clash that broke out between TMC and Bhartiya Janta Party (BJP) in West Bengal’s Murshidabad town following which the voting had been stopped for now.

“BJP agent was trying to run away with the ballot box, while officers caught hold of him but people said let him go. I just drove people away using my hand, that’s all,” State Minister Rabindra Nath Ghosh told media, who was caught on camera slapping a BJP supporter.

A person who was injured with a knife allegedly by TMC workers, earlier today is a BJP candidate from Bilkanda. The injured has been identified as Raju Biswas and is currently undergoing treatment at Panihati State General Hospital.

“Highly condemnable and deplorable, it signifies that culture of political violence under TMC has engulfed entire West Bengal. It is an alarming sign for democracy,” BJP leader Sudhanshu Trivedi told media.

Clashes were also reported between BJP and Communist Party of India (Marxist) (CPI-M) workers in Durgapur.

As many as 20 people were injured in fresh clashes which broke out between two groups here in Cooch Behar in connection with the same issue earlier today.

As per a local, a number of individuals had gone to cast their vote at a polling station here, when they were attacked with sticks by a group of All India Trinamool Congress (TMC) workers. Subsequently, the injured were admitted to MJN Hospital for treatment.

BJP supporter Sujit Kumar Das was slapped by Ghosh at Cooch Behar’s booth no. 8/12 in the presence of police.

As panchayat polls get underway, many incidents of violence have been reported from different pockets of the state.

On the other hand, a TMC worker, Anarul Mita, suffered bullet injuries in an attack in Cooch Behar’s Dinhata on late Sunday night, after which he was admitted to the hospital in a critical condition.

The victim has alleged that Bharatiya Janata Party (BJP) workers are behind the attack.

The counting will take place on May 17.