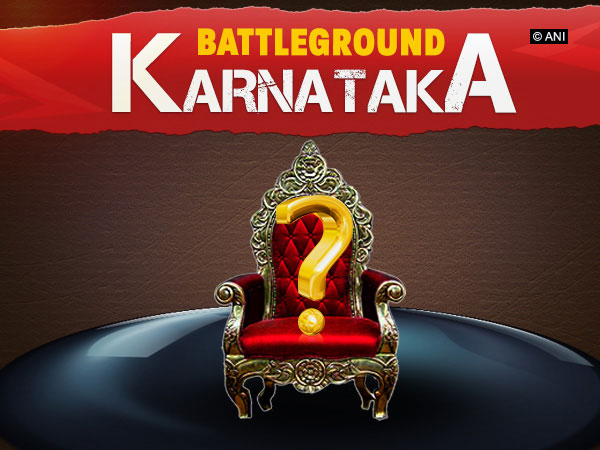 Counting of votes for the Karnataka state assembly election began. Elections were held on Saturday in 222 out of 224 assembly constituencies in 58,546 polling stations in the state.

A total of 2,654 candidates, including 216 women candidates were in the fray for the Assembly Elections this year.

The elections in Karnataka are being viewed by the Bharatiya Janata Party (BJP) as its gateway into the South.

Since the 2014 general elections, the Congress party has been defeated by the BJP in over a dozen states, drastically shrinking its political footprint.

The BJP is leaving no stone unturned to evict the Siddaramaiah-led Congress government in Karnataka and is looking to come back to power in the state with B.S. Yeddyurappa as its chief ministerial candidate. Interestingly, no incumbent government has been ever re-elected in Karnataka since 1985.

The Janata Dal (Secular) is also looking to establish itself once again in Karnataka politics and is expected to give a tough fight to both the BJP and the Congress.

The Bharatiya Janata Party (BJP) fielded 223 candidates, while the Congress and the Janata Dal (Secular) fielded 222 and 201 candidates respectively.

The elections in two constituencies, Jayanagar and Rajarajeshwari Nagar, both in Bengaluru have been postponed earlier.

In Jayanagar, polling was deferred due to the death of a Bharatiya Janata Party (BJP) candidate B N Vijay Kumar on May 4. In Rajarajeshwari Nagar, polling was postponed after a bundle of fake voter identity cards was retrieved from a flat in Bengaluru’s Jalahalli locality by EC officials on May 8.

In a bid to curb the distribution of cash, liquor and other items to swing electoral process, the Election Commission deployed three flying squads in every constituency, 154 general observers, 136 expenditure observers, 34 police observers, 10,000 micro observers, 3.2 lakh polling personnel and members of the central police forces at all polling stations.

India Today-Axis My India exit poll has predicted that the Congress is likely to win 106-118 seats with 39 percent vote share and will be the single-largest party in Karnataka.

India TV-VMR exit poll has predicted hung assembly in Karnataka. It says that the Congress is likely to get 97 seats, the BJP 87, the JD(S)+ 35, others 3 seats.

ABP C-Voter exit poll has predicted 101-113 seats for the BJP, claiming that the saffron party is likely to reach the ‘magic figure’ of 113 seats. It predicts 82 to 94 seats for the Congress, while the JD(S) and others will get 18-31 seats and 1 to 8 seats respectively.

NewsX-CNX exit poll has claimed that the BJP is set to be elected as the single largest party in the state, with close to 102-110 seats, followed by the Congress with 72-78 seats and the JDS with 35-39 seats.

The Congress had won 122 seats and the BJP 40 seats in the last Karnataka Assembly election in 2013.

The nation stands by the entire team of ISRO, Congress tweets

You may be Soon Able to ask Questions via Instagram Stories