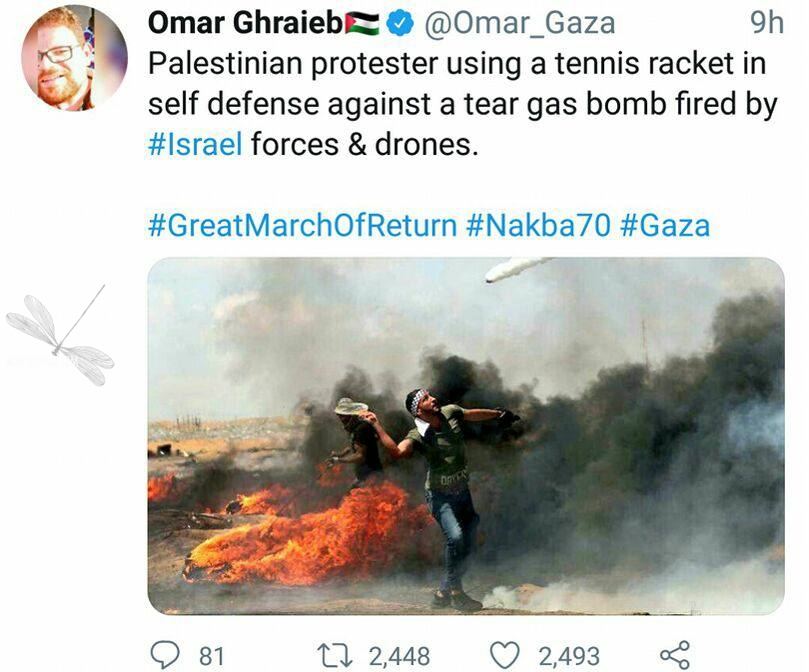 As Ivanca Trump, Unites States (US) President Donald Trump’s daughter, celebrated the US embassy’s location shift to Jerusalem, Israeli armed forces massacred Palestinians in Gaza. At least 52 people were murdered and over 2500,Â including women, children and journalists were injured in the ghastly attack. In December 2017, US President Donald Trump had recognised Jerusalem as the Israeli capital, a move that outraged Palestinians and was criticised heavily by other nations of the world.

A smiling Ivanca opened the embassy while 60 miles away, in Gaza, Israeli snipers fired at thousands of Palestinians who were demanding the right to return to homes that their families were forced to abandon in 1948. Tear gas and rounds of gunfire were used on the Palestinians who mostly carried slingshots and stones.

Palestinians seek East Jerusalem as the capital of a state they hope to establish in the occupied West Bank and the Gaza Strip.Â In the gruesome war of military occupation that Israel is waging against Palestinians, a group of people from Gaza, led by women, embarked upon what is called the Great Return March in March 2018. Gazaâ€™s refugees seek to return to their land that is now in Israel.

It was in the Arab-Israeli war of 1948 that 7,50,000 Palestinians were evicted from their land where they had lived all their lives and for generations. Of the people who fled the land during this war that resulted in the creation of the Jewish state of Israel, more than 2,00,000 were forced to flee to Gaza. Palestinians call this eviction â€˜Nakbaâ€™ meaning catastrophe. Today (15 May 2018) is the 70th anniversary of this day that is now called the Nakba day and the Great Return March is scheduled to end on this day.

United States has not condemned the attack but has sided with Prime Minister of Israel, Benjamin Netanyahu who described the massacre as ‘self-defence’.

Palestinian President Mahmoud Abbas has called for a strike on Tuesday. Britain said that it does not intend to move its embassy to Jerusalem and that they disagreed with the US decision. France condemned the move saying it had violated international law. Turkey said that the Israeli massacre of Palestinians was encouraged by the US action.

With Love from Jakarta; The Swapna Barman Story

US to End Preferential Trade Status for India by June 5