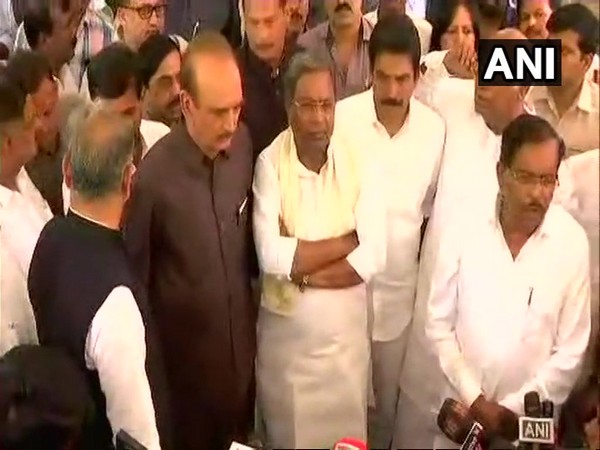 Incumbent Chief Minister and Congress leader Siddaramaiah on Tuesday submitted his resignation to the state Governor Vajubhai Vala ahead of the final declaration of Karnataka assembly result.

Siddaramaiah suffered a defeat in Chamundeshwari constituency against his JD(S) rival G T Deve Gowda. While in Badami, Siddaramaiah had defeated his BJP rival B Sreeramulu by over 1,600 votes.

Earlier in the day, the Congress has announced to support the Janata Dal (Secular) to form the next government in Karnataka.

“Both Congress and JD (S) leadership will meet the Governor in the evening to stake claim to form the government and we will give letters of support,” senior Congress leader Ghulam Nabi Azad had said while addressing the media.

This new political development has emerged after the numbers of the Bharatiya Janata Party (BJP) started to drop from 115, which was a majority number.

Counting of votes began at 8 a.m. for 221 out of 224 assembly constituencies in 58,546 polling stations in the state. The elections in two constituencies, Jayanagar and Rajarajeshwari Nagar, both in Bengaluru were postponed earlier.

The BJP fielded 223 candidates, while the Congress and the JD-S fielded 222 and 201 candidates respectively.

Karnataka Assembly has 224 seats and a party or an alliance needs 112 seats to form the government.

Adityanath Initiates Programme to Combat Encephalitis in UP