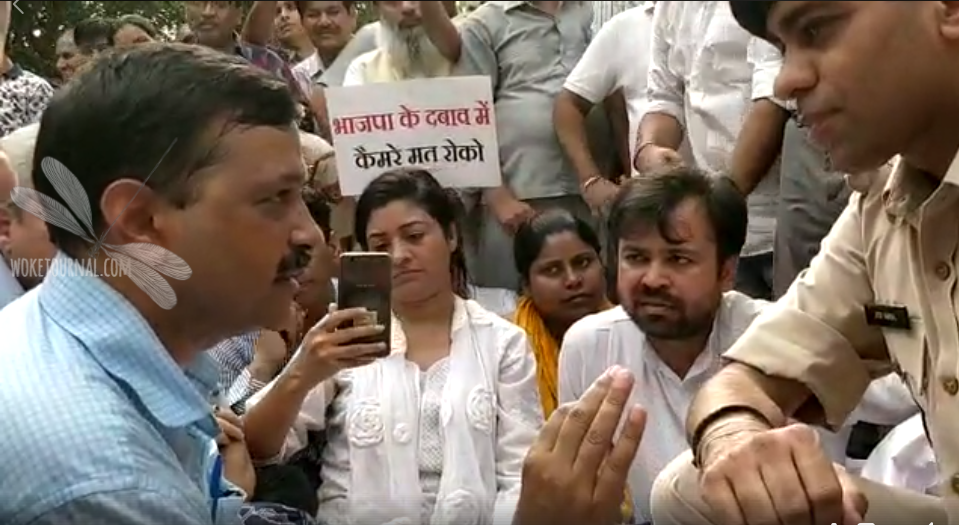 Lieutenant Governor (LG) Anil Baijal refused to meet the entire Delhi government who marched to his residence on May 14, 2018, under the leadership of Chief Minister (CM) Arvind Kejriwal. The CM and the Aam Aadmi Party (AAP) MLAs (Member of Legislative Assembly) were there to discuss the issue of installation of CCTVs across the city in an attempt to make the city safer for women and others. The group was made to wait on the road for three hours and had to return without meeting LG Baijal.

It has been reported that the Delhi police held the elected representatives of the people and the Chief Minister outside the LG’s residence. This mistreatment has triggered talks on how the Bharatiya Janata Party (BJP) shuns democratically elected leaders. In Delhi, AAP has been bombarded with attacks by the BJP ever since they came to power. Recently Gujarat MLA Jignesh Mevani was mistreated by the police.

Kejriwal had announced on 13 May 2018 through social media that the party was going ‘to urge Honâ€™ble LG not to follow BJPâ€™s directions and to allow CCTV cameras to be installed all over Delhi to strengthen women security.’

The CM and the team who went to meet Baijal on May 14 were told that the LG would only meet ministers. Following this, they sat on a dharna outside the LG’s office. Kejriwal said that the LG had insulted the people of Delhi by refusing to meet their elected representatives. Deputy Chief Minister Manish Sisodia, PWD Minister Satyendar Jain and Transport Minister Kailash Gahlot were among those who sat on the dharna.

Installation of CCTV (Closed Circuit Television) in the city was one of the key promises of the AAP government. It was decided that 1.4 lakh (140 thousand)Â CCTVs would be installed in different parts of the city. The project that was given approval in 2015 was initially expected to cost 130 crores (1300 million) but shot to 571.40 crores (5714 million) in 2018. LG Baijal then formed a panel to look into the ‘privacy concerns’ of the decision without consulting the government. This was heavily criticized by AAP.

This Committee was declared illegal and null and void by the Delhi government. Kejriwal had also written to Prime Minister Modi saying the same.

Kejriwal said that the government now planned to go to Resident Welfare Associations (RWAs) and listen to the demands of women and others, the Indian Express reported. He said that the procedure of the LG’s committee would not be followed. ‘We are not seeking personal favours, we are here to talk about womenâ€™s safety,’ he said