The 2017-18 U-18 Youth League final round kicked off in Shillong last evening.

Eight teams were in action on the opening day and while two of the first four games have ended in goalless draws, there has been plenty of entertainment for the fans.

The Group A got underway with a clash between Sudeva FC and SAI Kolkata at JLN Stadium followed by Sporting Clube de Goa and Tata Football Academy.

In the first match of the day, Sudeva FC played out a goalless draw against Kolkata.

Sudeva FC dominated for much of the 90 minutes, with striker Jangminlun Kuki, as well as midfielders Vanlalzahawma and Bhupender Singh at the heart of their attacking forays.

But the Delhi-based side were let down by their final pass and finishing.

SAI, on the other hand, were clever throughout, using delaying tactics such as players going down for cramps to ensure the match was of a stop-start nature and prevent Sudeva from finding their rhythm on attack.

Meanwhile, Sporting Clube de Goa slumped to a 1-4 defeat at the hands of Tata Football Academy in the second match of the day.

Three goals in the opening half made it very easy for TFA against a Sporting side that put up little resistance and offered very little threat in attack.

Dipak Kumar Rajak put TFA into the lead after just seven minutes before Pukhrambam Manisana scored the second in the 20th minute. TFA added their third through Lalboilen Kilong in the 32nd minute.

Then Wungshungam Jagoi added on one more for TFA in the 72nd minute. Meanwhile, Trijoy Savio Dias was on target for Sporting’s consolation goal in the 81st minute.

The next round of Group A play will see Sudeva FC face off against Sporting Clube de Goa and SAI Kolkata and TFA play in JLN Stadium on May 18.

Meanwhile, the opening round of games in Group C were held at MFA Turf. Bengaluru FC and Kerala Blasters went first, in a match-up between the heavyweight teams in the group before Bhaichung Bhutia Football Schools and DSK Shivajians squared off later in the day.

Bengaluru FC and Kerala Blasters also settled for a goalless draw to open their campaign.

With both sides lauded for their ‘attacking ability’, the intensity from kick-off was way below the standard required to challenge any defence. And while the game improved considerably during the second forty-five minutes neither side was unable to find a goal.

In the last match of the day, DSK Shivajians edged past Bhaichung Bhutia Football Schools 2-1.

After a barren first-half, DSK Shivajians surged ahead thanks to substitute Umair Saiyyad’s 61st-minute strike before Lalramchhuana doubled the lead in the 78th minute.

Towards the end, BBFS went all out and were also rewarded with a goal in the 88th-minute courtesy Joe Massey, but that was all BBFS could manage as DSK Shivajains managed to hold on and emerge victorious 2-1.

Group B returns to the field on May 18. Bengaluru FC will hope to get something from a game against DSK Shivajains while Kerala Blasters will challenge BBFS. 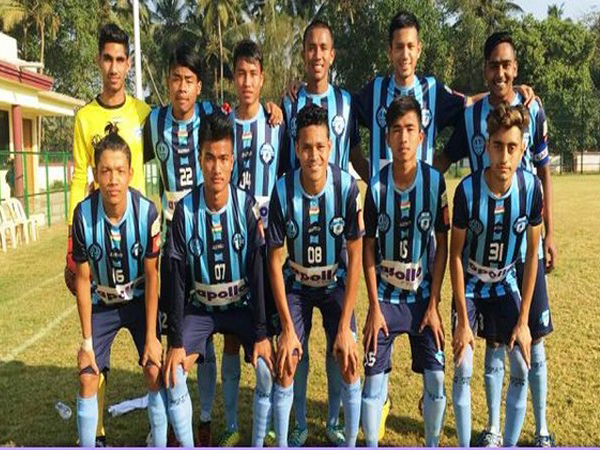