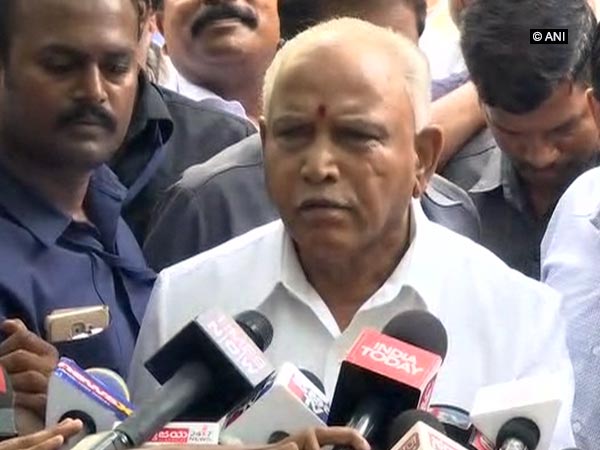 Following the announcement of a floor test on Saturday, Karnataka Chief Minister B.S. Yeddyurappa on Friday said that they are 100 percent confident of proving majority.

Yeddyurappa further said that he would inform the state’s Governor Vajubhai R. Vala to hold an assembly session at 11 a.m. tomorrow.

“As per the directions of the Supreme Court, we are expected to prove our majority tomorrow. We are sending our file to the Karnataka Governor to call an assembly session at 11 am tomorrow. We are 100 percent confident that we will prove full majority,” he told reporters here.

Earlier in the day, the Supreme Court ruled that a floor test be conducted on Saturday at 4 pm for the Bharatiya Janata Party (BJP) to prove their majority in the state assembly.

The decision was taken after the top court heard the arguments for and against the petition filed by the Congress and Janata Dal (Secular) on Governor Vala’s invitation to the BJP to form the government in the state.

Meanwhile, BJP MP Shobha Karandlaje exuded confidence in proving majority on the floor of the House.

“We welcome the Supreme Court’s order. We will prove majority on the floor of the House tomorrow. We are ready for the floor test,” she said.

While the BJP has managed 105 MLAs (including one Independent seat), they are still short of the halfway mark of 112 by seven MLAs and have been given 15 days to prove their majority in the Karnataka assembly by the Supreme Court.