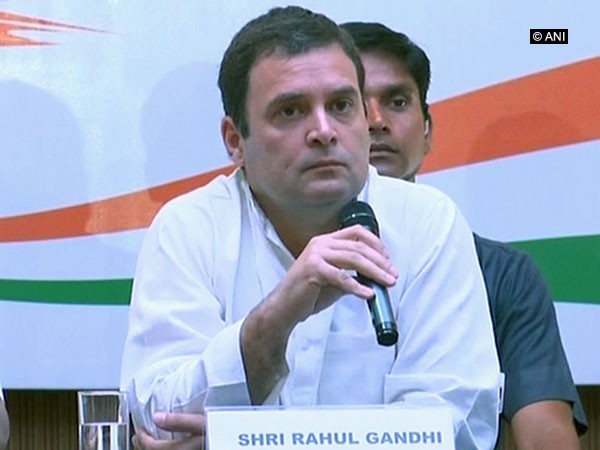 Taking to Twitter, Rahul said that the BJP’s bluff to form the government without the majority numbers has been called out by the apex court.

“Today’s Supreme Court order vindicates our stand that Governor Vala acted unconstitutionally. The BJP’s bluff that it will form the Govt., even without the numbers, has been called out by the court. Stopped legally, they will now try money & muscle, to steal the mandate,” tweeted Rahul.

Earlier in the day, the Supreme Court ruled that a floor test be conducted on Saturday at 4 pm for BJP to prove his majority in the state assembly.

The decision was taken after the top court heard the arguments for and against the petition filed by the Congress and Janata Dal (Secular) following Governor Vala’s invitation to the BJP to form the government in the state.

While the BJP managed 105 MLAs (including one Independent seat) in recently concluded Karnataka assembly election, they are still short of the halfway mark of 112 by seven MLAs and have been given 15 days to prove their majority in the Karnataka assembly by the apex court.

Delhi: Over 9000 People Booked for Traffic Violations on Holi