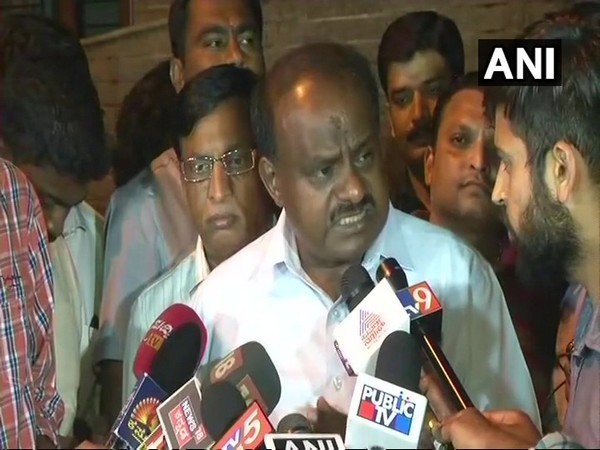 Janata Dal (Secular) or (JD-S) leader HD Kumaraswamy on Thursday said his party MLAs along with the Congress will “stay united at the same place” in order to prevent “horse-trading” ahead of the trust vote in the assembly.

“There is no question of fearing, but we have to take some cautions because of previous experiences. We wanted to take special care to represent their (Congress and JD(S) MLAs) living. We are not encouraging horse-trading. To stop it, they are living together,” Kumaraswamy told the media.

Accusing the BJP of ‘misusing its power’, Kumaraswamy said that several MLAs have been contacted by the BJP.

“They are misusing the power. They are masters in misusing all constitutional institutions. All MLAs of JD(S) and Congress will stay united at the same place,” he added.

Earlier on Wednesday, B.S. Yeddyurappa took oath as the Chief Minister in Bengaluru after being invited by Governor Vajubhai Vala following a split verdict in the state.

Following this, Congress and JD(S) filed a petition against this decision in the Supreme Court on late Wednesday.

While BJP has managed 105 MLAs (including one Independent seat), they are still short of the halfway mark of 112 by seven MLAs and have been given 15 days to prove their majority in the Karnataka assembly by the Supreme Court.

The apex court refused to stay swearing-in ceremony of Yeddyurappa as the Karnataka Chief Minister.

Apart from their own members, the Congress and the JD-S have claimed the support of one BSP member and an Independent taking the total number with them to 117.

The Supreme Court will hear the matter again on Friday morning.

Responding to which, Kumaraswamy said he is not worried about the apex court decision as they will show their strength in assembly.

“We are not bothered about the Supreme Court judgement tomorrow. We have to show our strength only on the floor of house. We are taking care (of MLAs) for that,” he said.

“All political leaders in the entire country are now watching the actions taken by the central government – how they are misusing the office. All the leaders have decided that to protest against the decision that was unconstitutional,” he added.

“Tomorrow in several places in the country protest rallies will be organised spontaneously by the people,” he added.

Midnight action spilled over into the wee hours of Friday as Congress MLAs lodged at Eagleton resort and JD(S) MLAs in Shangri-La hotel in Bengaluru made their way to Hyderabad.