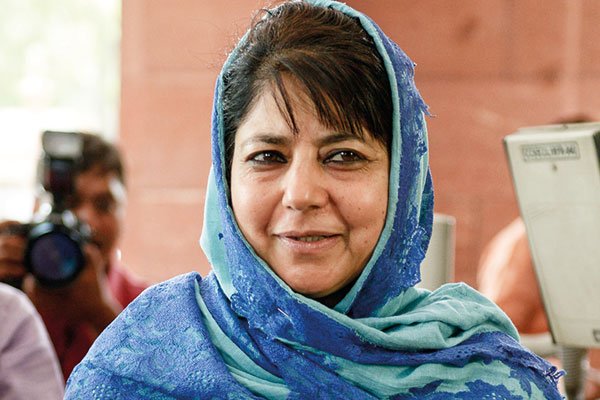 ‘Everyone agreed that we must appeal to the Government of India that they should consider a unilateral ceasefire like Vajpayee did in 2000,’ CM Mehbooba Mufti told reporters. When proposed, it was supported by all parties except BJP. However, the Home Ministry on Wednesday (May 16, 2018), asked security forces not to launch anti-militancy operations in the state during the month of holy Ramadan.

In a statement, the Chief Minister said the decision would go a long way in healing the wounds of people of the statesÂ who have been suffering the tragedies and pain of violence and uncertainty for the past three decades. ‘What better a time to go for this significant decision than the onset of the holy month of Ramadan which promotes values of patience, self-restraint and tolerance’, she said in her statement adding that it would also provide the necessary breather from the violence in the valley to the people.

The announcement comes ahead of Prime Minister Narendra Modiâ€™s Visit to Jammu and Kashmir on Saturday (May 19, 2018), where he will inaugurate a ropeway to Vaishno Devi hill shrine. He will also lay the foundation stone to 1000 MW Pakal Dul hydroelectric project and Jammu ring road and address the 6th convocation of Sher-e-Kashmir University of Agricultural Sciences and Technology (SKUAST).

According to the spokesperson of Home Ministry ‘the decision has been taken to help peace-loving Muslims observe Ramadan in a peaceful environment and it is also important to isolate forces that bring a bad name to Islam by resorting to mindless violence and terror’. However, the security forces reserve the right to retaliate if attacked or if essential to protect the lives of innocent people. The government expects everyone to cooperate in this initiative and help Muslims observe Ramadan peacefully and without any difficulties.

Ex-Chief Minister and leader of Opposition Omar Abdullah welcomed the ceasefire and said on social media, ‘On the demand of all political parties (except the BJP, which had opposed it) the Centre has announced a unilateral ceasefire. Now if the militants donâ€™t respond in kind they will stand exposed as the true enemies of the people.’

Sartaj Madni, The Vice-President of People’s Democratic Party (PDP) also welcomed the centreâ€™s decision and said this will lead to a new atmosphere of confidence building in the troubled state.

Jammu and Kashmir police on Wednesday stated that the ball was in militantsâ€™ court. DIG, S P Vaid said, ‘We wonâ€™t initiate any action against the militants in the fasting month. Let people pray at ease at the night. Our focus will be on the people and their safety.’

Kashmir has witnessed just two ceasefires so far. One was by the Hizbul Mujahideen in July 2000 and was reciprocated by the central government. It lasted 18 days before the militant group set some conditions which were not accepted by the Centre and the unilateral ceasefire by the Central government lasted from November 2000-May 2001. The second ceasefire was not reciprocated by the militants and ultimately the then Atal Bihari Vajpayee government called it off on May 31, 2001.

Mehbooba Mufti’s PDP believes that a respite from violence and Combing and Search Operations (CASO) and anti-militancy operations will help bring peace ahead of the 2019 parliamentary polls.

Militant outfit Lashkar-e-Toiba (LeT) on Wednesday rejected the Ramadhan ceasefire announced by the central government by calling it ‘drama’. In a statement, LeT spokesman Dr Abdullah Ghaznavi quoting the outfitâ€™sÂ chief, Mahmood Shah, said, ‘ceasefire is no option and no thought can be given to such a compromise. We deem it as a sin and disgrace to the sacrifices made in the freedom struggle. We are the heirs of the martyrs. Opting for such choice is treachery to the blood of martyrs and there is no disgrace worse than this (opting for a ceasefire).’

Ramadan, also called Ramazan and Ramzan, is the ninth month of the Islamic calendar and is observed by Muslims worldwide as a month of fasting (Sawm) to commemorate the first revelation of the Quran to Muhammad according to Islamic belief. 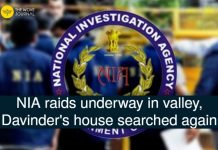 Fresh wave of climate protest begins across the world