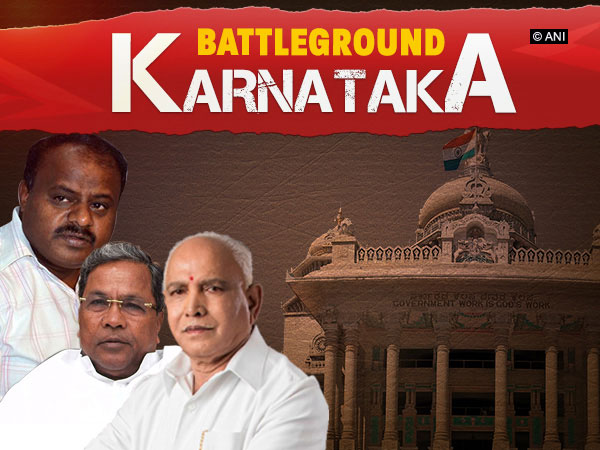 Amid the Congress’ and JDS’ attempt to form a democratically elected government in Karnataka, the Congress on Friday night (May 18, 2018) released audio tapes of conversations between BJP leaders and Congress MLAs in which the former are heard asking the latter to join BJP. This luring was done in the last minute attempts to hold on to power in Karnataka as the Supreme Court has ordered a floor test to be held today (May 19, 2018).

In one of the recordings, Janardhan Reddy can be heard telling a Congress MLA that a meeting with BJP President Amit Shah would be arranged for him. He was also promised a ministerial post. Yeddyurappa can be heard asking lawmaker BC Patil to join BJP. When the MLA asks Yeddyurappa what his position would be, heÂ can be heard saying, ‘You will be a Minister, thatâ€™s all.’ MLA is also asked to let Mr Sriramulu know of his decision. Patil is also asked to get off the bus taking Congress lawmakers out of Karnataka and support the BJP.

In one of the conversations, Mr Sriramulu promises MLAs ’15 ministries’ and also says that there will not be any elections as the speaker would be a BJP person.

The Congress-JDS coalition had first sent the lawmakers to a Bengaluru hotel and later to Telangana capital Hyderabad fearing this kind of bribing from BJP. The Congress also asked its legislators to install a phone recording app so that they can record offers made by the BJP to them.

The Karnataka results threw a hung Assembly with BJP winning 104 seats, followed by Congress (78) and the JD-(S), which won 37 seats. The Congress and Janata Dal (Secular), which made a joint bid for power. Despite Congress and JD-(S) forming a quick alliance and being in a strong position to form the government with enough seats together (115), Karnataka Governor Vajubhai R. Vala on Wednesday went on invite the BJP to form the new government.

The Governorâ€™s move triggered the Congress to file a plea in the Supreme Court on late Wednesday after which a rare midnight hearing by the three-judge bench of justice A.K. Sikri, justice S.A. Bobde and justice Ashok Bhushan was conducted that ran for hours. The court refused to stay the oath taking ceremony and BJP leader B. S. Yeddyurappa was therefore sworn in as the 23rd chief minister of Karnataka on Thursday morning.

On May 18, the Supreme Court while hearing the petition filed by the Congress and JD(S) challenging the decision of Governor Vala to invite the BJP to form the government in the state, observed that since Karnataka Chief Minister B.S. Yeddyurappa has claimed support and the Bharatiya Janata Party (BJP) is the single largest party; there could be two probabilities- to test the decision of Karnataka Governor Vajubhai R. Vala or to conduct a floor test on Saturday. Congress and JD(S) have agreed to the floor test to be held on Saturday.

‘Right to equality’: Daughters to have share in property, rules SC