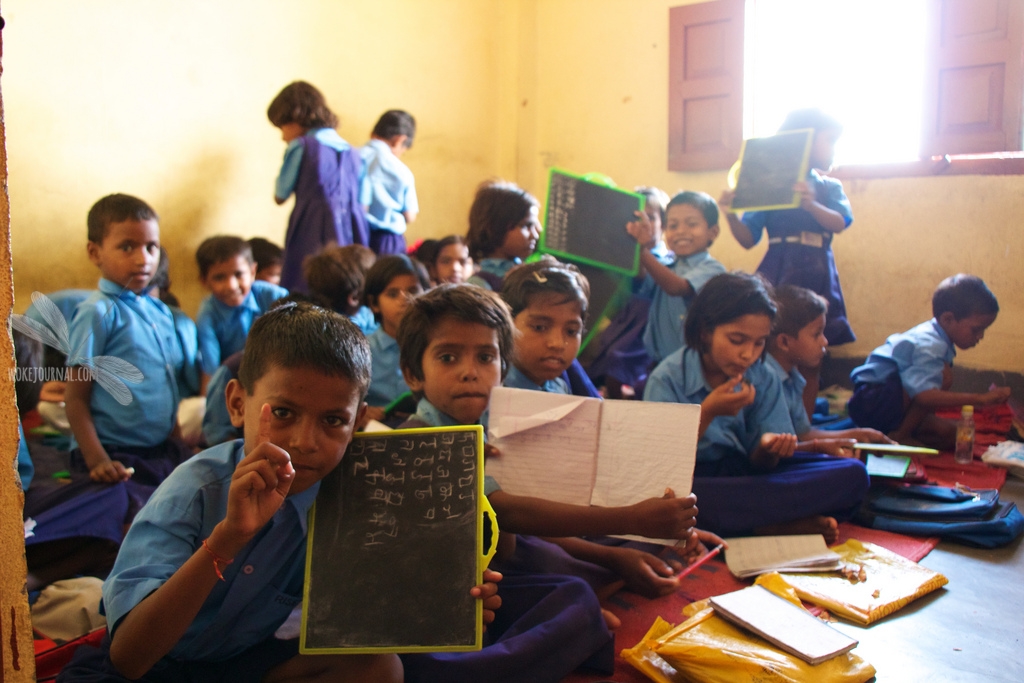 BJP (Bharatiya Janata Party) continues to impose ‘patriotism’ in the country through undemocratic means. In the latest bout of patriotic righteousness that the government displayed, school children in Madhya Pradesh have been asked to answer roll call with ‘Jai Hind.’ A circular was issued on May 15, 2018, making this compulsory for all students based on a decision that was made five months ago by the government.

‘Jai Hind’ is a slogan exalting the nation, often used by politicians but has now been included in the list of things the Hindu fundamentalist government of BJP thinks is associated with patriotism. Earlier, they had decided to play the national anthem in movie theatres, making it compulsory for all to stand during it. This even resulted in the arrest of people who did not stand during the anthem before a film. The rule was diluted by the Supreme Court in January 2018 when it said that it was up to the theatre owners to decide whether the anthem had to be played.

Regarding the ‘Jai Hind’ roll call, the circular said, ‘Different words are used to mark the attendance. To instil patriotism among students it has been decided by the government that â€˜Jai Hindâ€™ should be used while marking attendance in school.’ It was the School Education Minister Vijay Shah who pronounced the verdict which said that saying ‘yes sir/madam’ to roll call was not patriotic enough in November 2017. It was tested in schools of Satna district from October 1, 2017. Shah had said that based on the success of this experiment, he would introduce it in all schools.

During this experiment, the teachers noticed that students took it up as a contest, seeing who would say ‘Jai Hind’ the loudest. They found that the students started using ‘Jai Hind’ as a greeting instead of the usual ‘Namaste.’ Hindustan Times also reported bizarre statements from teachers claiming that the ‘body language’ of the students had changed after this rule was implemented. A class 7 student, Poonam Singh told HT that the slogan inspired him to an extent where he decided to join the Indian Army. ‘I am happy with this decision,’ Singh was quoted as saying.