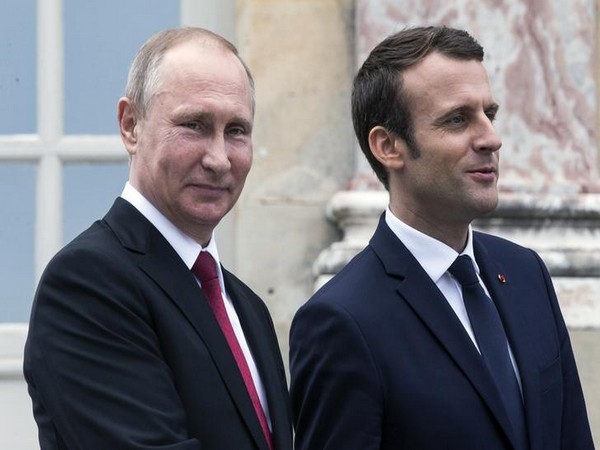 French President Emmanuel Macron is scheduled to pay a two-day visit to Russia, commencing on May 24.

The two leaders are set to discuss Iran, Syria, and Ukraine during their meeting, the Kremlin said.

According to Russian news agency TASS, “Macron plans to give impetus to bilateral relations during his upcoming visit to Russia, a spokesman for the Elysee Palace told the Journal du Dimanche weekly newspaper.”

His visit comes at the invitation of the Russian President.

“The two countries will have to do a lot to build [their ties] but there should be an unbiased approach to this, with open eyes,” the report quoted anonymous spokesman, as saying.

The French president will attend an economic forum in St Petersburg.

On Friday, Macron reportedly held a meeting in the Elysee Palace with historian and expert on Russia Antoine Arjakovsky and also had a word with philosopher Michel Eltchaninoff, the author of the book “Inside the Mind of Vladimir Putin,” in a bid to prepare for his upcoming Russia visit.

It is pertinent to mention that Macron’s visit is scheduled barely days after Prime Minister Narendra Modi’s May 21 informal meeting with the Russian President in Russia’s Sochi city.