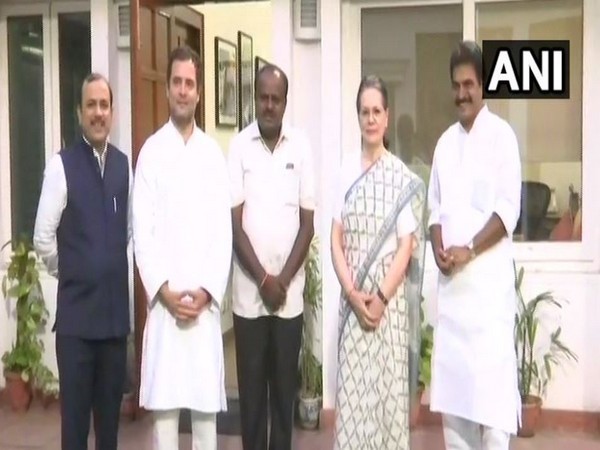 Kumaraswamy and Rahul are expected to discuss the future of the Congress-Janata Dal (Secular) alliance in Karnataka.

Earlier in the day, Kumaraswamy met Bahujan Samaj Party (BSP) supremo Mayawati at her residence here and invited her for his oath ceremony scheduled to take place on May 23 in Bengaluru.

The oath-taking ceremony will witnesses a gathering of non-Bharatiya Janata Party (BJP) chief ministers and chief of opposition parties.

Apart from this, Samajwadi Party chief Akhilesh Yadav and Mayawati will also mark their presence on the occasion.

On Saturday, Kumaraswamy was invited by Karnataka Governor Vajubhai Vala to form the government in the state, after Bharatiya Janata Party’s (BJP) B.S. Yeddyurappa stepped down ahead of the floor test in the state assembly.

While Kumaraswamy was earlier expected to swear-in as Karnataka Chief Minister on Monday, the ceremony later got pushed to May 23 due to the death anniversary of former Prime Minister Rajiv Gandhi today.