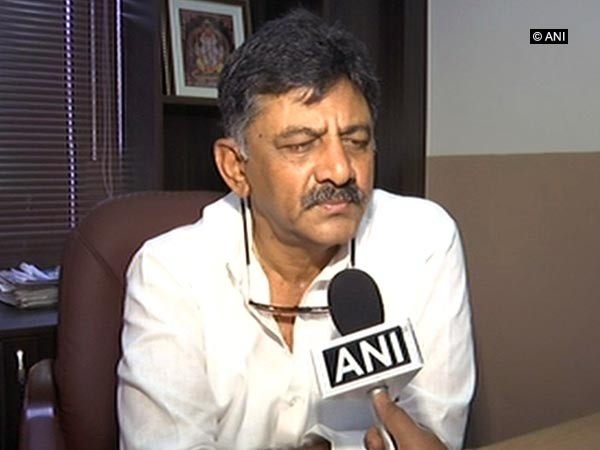 Senior Congress leader from Karnataka, D.K. Shivakumar on Monday said that the Congress party and the Janata Dal (Secular) – had to sort out their differences for the sake of forming a secular government in Karnataka.

Admitting that the Congress and the JD-S were at loggerheads before the Karnataka state assembly polls, Shivakumar told media, “In politics, I have been fighting against the Gowdas since 1985. In the last parliamentary election and assembly election against them, I won against his son, I won against his daughter-in-law. A lot of politics have been played. Lots of cases were also registered. But in the interests of the nation and party, we need a secular government in Karnataka.”

“Rahul Gandhi has taken a decision that there should be a secular government here. That is what the entire country needs and that is why we have taken this stand (alliance with JD-S). I had to swallow all this bitterness since this is my duty,” he added.

The Congres, which emerged as the second largest party after recently-held Karnataka state assembly elections, is stitching up an alliance with the JD-S to form a government in the state.

Asked whether he was happy on securing an alliance with the JD-S, Shivakumar said, “Sometimes, individuality doesn’t count here. Individuality is not important. Whatever collective or major decisions are taken, one man may like or the other man may not like. I also gave consent for the formation of this government.”

On Saturday, Chief Minister-elect H.D. Kumaraswamy was invited by Karnataka Governor Vajubhai R. Vala to form the government in Karnataka, after Bharatiya Janata Party’s (BJP) B.S. Yeddyurappa stepped down ahead of the floor test in the state assembly.

Asked about the structuring of the cabinet, the Congress party leader said, “We will not discuss the cabinet formation with Sonia ji (Gandhi) and Rahul ji. We are going to Delhi to pay his father’s (Rajiv Gandhi) respects. All decisions regarding the internal sharing of power will be taken up by the AICC (All India Congress Committee).”

Asked whether the Congress-JD(S) government would complete five years, he further said, “Time will answer. I don’t want to answer it right now. We have various issues, options before us, I can’t tell right now.”

While Kumaraswamy was earlier expected to swear-in as Karnataka Chief Minister on Monday, the ceremony later got pushed to Wednesday due to the death anniversary of former Prime Minister Rajiv Gandhi.