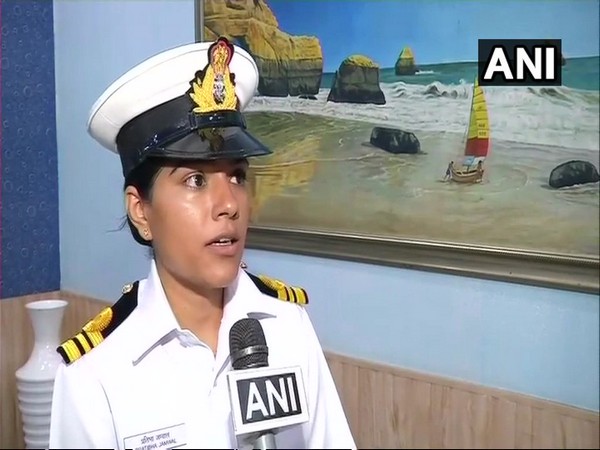 Lieutenant Commander Pratibha Jamwal, one of the crew members the Indian Naval Sailing Vessel Tarini (INSV Tarini), which successfully circumnavigated the globe, on Wednesday described the journey as difficult but a memorable experience one.

Speaking to media, Lt. Commander Jamwal revealed that they were selected from different cadres and trained extensively for three-year where they were taught about navigation and sailing.

“We were a team of six naval officers, all women officers. We were selected from different carders. Navy selected us and trained us extensively for three years for this particular project, where we learnt about navigation, communication, sailing, as we had no idea about sailing before this apart from a little bit of sailing that we had done,” she said.

The crew started from Goa on September 10 and covered 5,000 nautical miles to Australia on their first leg.

Lt. Commander Jamwal said crossing the South Pacific Ocean was the most difficult task as the sea was rough and they even encountered a storm in the region.

She revealed that the most difficult time they faced was when they were just 200 nautical miles away from Goa when the steering system of their boat broke down and they were not able to steer.

“We somehow managed and reached Mauritius, which was just 118 nautical miles away. We repaired our steering their and then again commenced our journey and reached Goa on May 21,” she said.

The expedition, known as the Navika Sagar Parikrama, was the first-ever Indian circumnavigation of the globe by an all-women crew.

You can now run a pre-recorded Video During YouTube Live