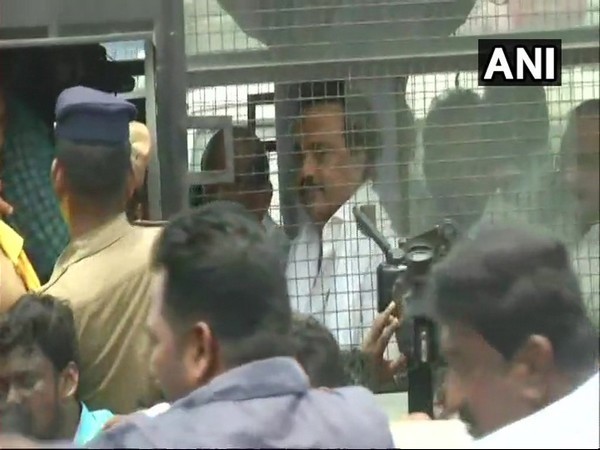 Dravida Munnetra Kazhagam (DMK) working president M.K. Stalin was detained on Thursday after he held an agitation outside Tamil Nadu secretariat over Sterlite protests in Thoothukudi, where 13 people have died until now.

Earlier, a clash also broke about between DMK workers and the police when the former were demanding the resignation of chief minister E. Palaniswami, holding his government responsible for the killing of the protesters.

“Even after the death of 12 (now 13) innocent people, no action has been taken against the culprits. CM has become ineffective. He did not bother to visit the district and meet the people. Therefore, we demand that CM must resign immediately, DGP Rajendran must resign too,” Stalin told reporters here.

Earlier in the day, the death toll rose to 13 after an injured person succumbed to his injuries. Over 70 people were injured too in the Tuesday’s protest, held against the construction of a new copper smelter by the Sterlite industries in Thoothukudi.

DMK has already announced that it will observe a statewide shutdown on Friday to protest against the action taken by the police.

No fresh protest has been reported overnight.

Police have been deployed in large numbers in the sensitive coastal areas.

Till now, 67 people have been arrested for indulging in violence.

Internet services have been temporarily shut down in Thoothukudi and will remain suspended for another five days in the city.

The agitation turned violent after protesters were barred from marching up to the plant following which they began to pelt stones and toppled police vehicles.

WHO chief to visit China over coronavirus outbreak