Following the allegations of sexual misconduct against Oscar-winning actor Morgan Freeman, the Screen Actors Guild is reviewing the Lifetime Achievement Award they gave to the former.

“These are compelling and devastating allegations which are absolutely contrary to all the steps that we are taking to insure (sic) a safe work environment for the professionals in this industry,” the union said in a statement via a SAG-AFTRA spokesperson, as quoted by CNN.

“Any accused person has the right to due process, but it is our starting point to believe the courageous voices who come forward to report incidents of harassment. Given Mr. Freeman recently received one of our union’s most prestigious honors recognizing his body of work, we are therefore reviewing what corrective actions may be warranted at this time,” it added.

For the unversed, the 80-year-old actor has been accused of ‘inappropriate behaviour and harassment’ by women.

A young production assistant, who, back in 2015, started work on ‘Going In Style’, a bank heist comedy starring Freeman, alleged that he subjected her to unwanted touching and comments about her figure and clothing on a near-daily basis.

In all, 16 people spoke to CNN about Freeman as part of the investigation– eight witnesses and eight who claimed to be the victims.

The Oscar winning actor “kept trying to lift up my skirt and asking if I was wearing underwear,” the production assistant claimed.

CNN’s investigation into Freeman’s behaviour came after the news company’s own entertainment reporter Chloe Melas – who co-authored the article – claimed to have experienced harassment from him during a press junket interview for ‘Going In Style’, reports the Hollywood Reporter. 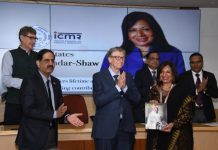 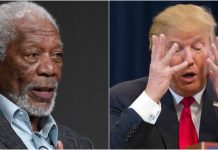 Morgan J Freeman lashes out at Trump, calls him an American Zero

I am Devastated, Says Morgan Freeman in new Statement

Tibetans Ready to be Part of China, if Allowed to Preserve Culture, Says Dalai...