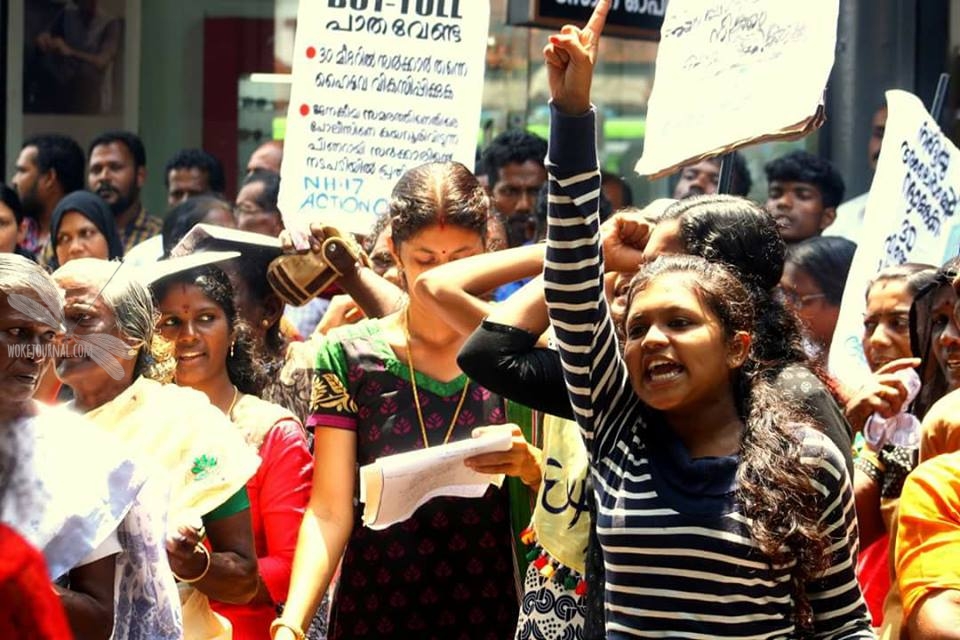 Around 1200 Dalits of Thuruthi village in Kannur are being asked to leave their homes for the purpose of building a National Highway over their land in what the government calls ‘development’. They have been protesting against this move for a month now. The Dalit families say that the National Highway Authority of India had found a suitable alignment that did not go through their lands but it was redesigned after government officials visited the village for an initial survey of the land.

People from the Pulaya community say that the decision to redesign the plan was taken to protect the land of ‘important’ people of the place.Â On May 9, the police, who had gone to complete a survey had used force on the Dalits who were protesting peacefully. The ASI (Assistant Sub-Inspector) had refused to grant them bail till the survey was completed.

‘They arrested women and children who were protesting, took them to the station and completed their survey in the absence of property owners,’ Nishil Kumar, the convenor of the protest, told The Wire. The police had arrested the localites including minor girls when it had come to take another survey of the land earlier. On that occasion also, the protesters were released only after the sruvey had been completed.

‘Thuruthi is a place which is rich in mangroves and wetlands. This NH alignment in the name of development is set to destroy the environment. The current NH allignment which goes through the Dalit colony has a curve which is against the regulations of National Highway Authority of India,’ writer and Dalit activist Rupesh Kumar told TWJ.

Preetha, one of the protesters said in a video recording from the protest that the District Collector, who had first assured them that the Dalit colony would not be evicted, later said that they were not ready for any talk regarding changing the alignment. The proposed alignment not only goes over their homes but will also destroy a 400-year-old old temple, which is their place of worship, residents said.

Apart from the residents, the world famous art form of Theyyam is also under threat, said the artists. On 23 May 2018, around 80 Theyyam artists joined a human chain to protest against the alignment. Theyyam is an acclaimed art form in the North of Kerala that is also an important part of the cultural fabric of the place. One form of Theyyam is performed exclusively by the Pulaya community.

Most of the residents of the place are daily wage labourers and are in no position to leave their homes, said Remya, another protester. She said that some of the people had just built themselves homes after taking loans and that they could not even think of leaving it. She said that ‘development’ was about bringing the backward classes to the forefront and that that was what the elected representatives of the people had to aim at. ‘It is not about the rich, they will always find their way out,’ she said.

For most of the people, it is clear that the compensation offered by the government is not enough to relocate. Moreover, even if they are paid huge compensation, some are not willing to move from the land they were born and brought up in. The family ties and neighbourly relations make the place safe for them, they say, adding that people would be unsafe on the streets and that women will be the most affected.

The strike is still going on and the protesters have urged the entire state to back them in the fight. The authorities show no sign of budging and the people are certain that they will continue their protest till their land is safe. 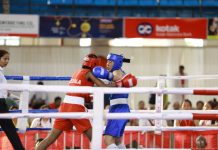 Trump Hits out at Pundits Talking About North Korea