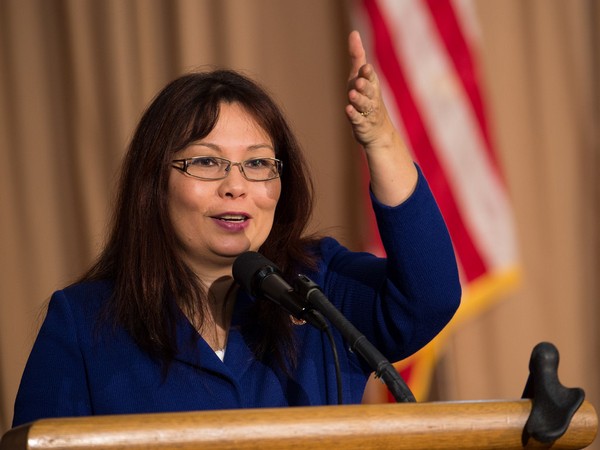 “One day, our nation’s flag will drape my coffin, just as it did my Dad’s and will my husband’s and brother’s. I will always stand on these legs for the flag and anthem, but it was ALSO my honor to defend people’s right to free speech,” she wrote in a tweet.

“… including those who choose to #TakeAKnee to express outrage at the glaring disparity in how Americans of different races are treated,” read another tweet.

Duckworth was serving in the US Army in Iraq in 2004 when her Black Hawk helicopter was hit by a rocket-propelled grenade. The attack resulted in the loss of both of her legs. She was awarded the Purple Heart for her injuries, CNN reported.

The senator’s social media posts follow Wednesday’s decision by the football league mandating that players stand for the National Anthem or stay in the locker room during the song.

NFL Commissioner Roger Goodell said that teams whose players and personnel do not stand and show respect for the flag and the anthem will be fined by the league.