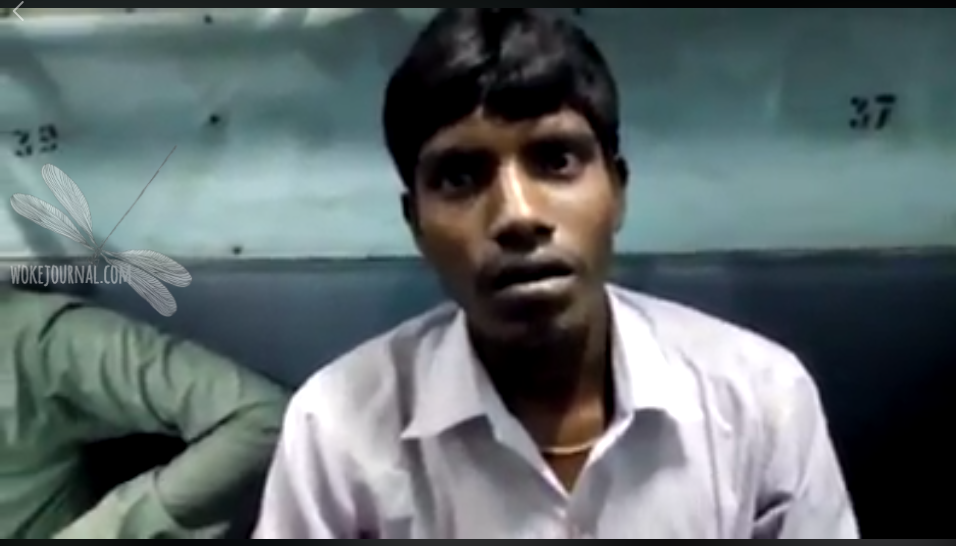 A video from a moving train shows a Muslim man by the name Jamal Momin being assaulted by fellow passengers. The clip that was shared on social media showed Momin being asked questions about the Prime Minister of India, the national anthem and being slapped for what the attackers considered lack of knowledge. The passengers can be heard harassing the man attacking his Muslim identity.

The incident happened on May 14, 2018 when Momin, a migrant labourer, was travelling from Howrah to his home in Kaliachak in Malda district, West Bengal on Howrah Malda Fast Passenger. The matter came to light when Bangla Sanskriti Mancha, a community NGO (Non Governmental Organization) took the matter up after seeing the video on social media.

There were four people in the gang that assaulted Momin. After sitting next to him on train, they started asking questions to Momin and filming him answering them. Momin was asked who the Prime Minister of the country was. He was then asked who Nawaz Sharif is. (Nawaz Sharif was a former Prime Minister of Pakistan – the country to which Hindu fundamentalists believe Muslims belong.)

Momin was asked about the national anthem and even made to sing it. When he was struggling under the barrage of questions from the attackers, he was repeatedly asked if he knew how to perform namaz, the Muslim prayer. When he answered in the positive, he was harassed further, asking how he could know how to do namaz and not know the national anthem or the Prime Minister’s name.

Momin can be heard pleading with the assaulters that he was not educated. He was also made to say ‘bharat mata ki jai,’ (hail mother India!) another popular chant appropriated by Hindu fundamentalists and increasingly enforced on people, especially Muslim men. The harassment continued till the assaulters got down at Bandel. None of the fellow passengers seem to have protested against the violence.

Bangla Sanskriti Mancha visited the victim’s house in Kaliachak. Momin is now back in Gujarat for work but his wife has filed a complaint with the Malda police and an FIR (First Information Report) has been launched based on it.