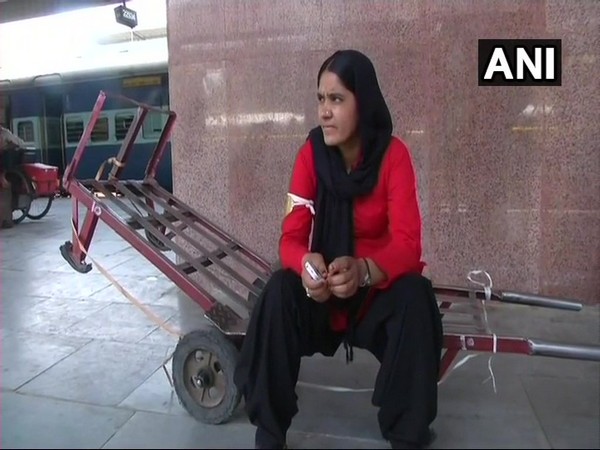 Defying all odds, Manju Devi became the first woman in the entire North Western Railways to take up the job of a porter (coolie), a profession which is considered as a male bastion.

After the demise of her husband Mahadev, Manju took up to the demanding task of porting luggage at the Jaipur Railway Station.

She acquired her husband’s porter license no. 15 and joined the job.

Manju told media that she believes that no job is tough, adding that men and women are equal.

Manju is the only breadwinner in her family.

“After my husband died, my three children and I were left helpless. Then I came here as he worked here. It was tough initially, I didn’t understand Hindi or English, bags seemed heavy but now it’s easy. All other porters help me a lot,” she said.

She was among a gathering of 90 women achievers at Rashtrapati Bhavan earlier this year, whose efforts were recognised by President Ram Nath Kovind, with her inclusion among 112 women achievers felicitated for setting a milestone in their respective fields by the Ministry of Women and Child Development.