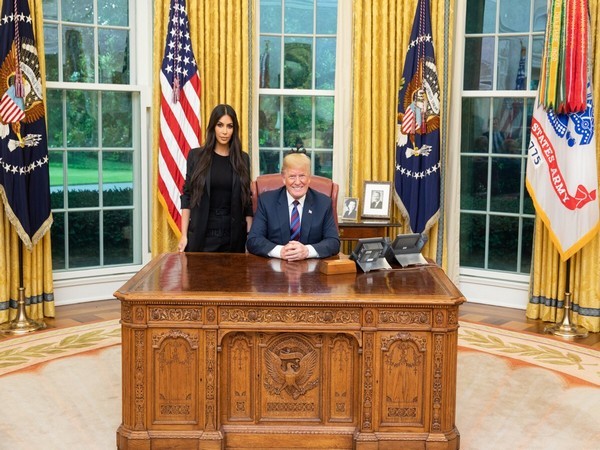 Trump took to his Twitter handle and posted an image of himself with Kardashian West after their meeting at the Oval Office.

“Great meeting with @KimKardashian today, talked about prison reform and sentencing,” the US President wrote on the micro-blogging site.

Kardashian West also met with Trump’s son-in-law and senior advisor Jared Kushner and other officials. All the meetings stretched to just over an hour, CNN reported.

The 37-year-old who wore a black suit with bright yellow stilettos was seen entering and leaving the White House with a small escort.

White House press secretary Sarah Huckabee Sanders declined to give details over the meeting between Trump and Kardashian West.

“She is expected to be here at the White House. I can confirm she’ll be here. We’ll keep you posted on any meetings that take place and what those look like,” Sanders told a press briefing.

Kardashian West has advocated for a pardon for a low-level drug offender, Alice Marie Johnson, a 62-year-old woman who is serving a life sentence without parole for a non-violent drug offence, as per the report.

Johnson is currently serving a life sentence at the Aliceville Correctional Facility in Alabama.

The reality TV star and her attorney, Shawn Holley have been working with Trump’s daughter, Ivanka Trump and Kushner for months to free Alice.

Although Kardashian West was a supporter of former US Secretary of State and then-Democratic nominee Hillary Clinton, Trump has been roped into the matter following Ivanka’s support.

Johnson’s case came into limelight last year when Kardashian West tweeted about it.