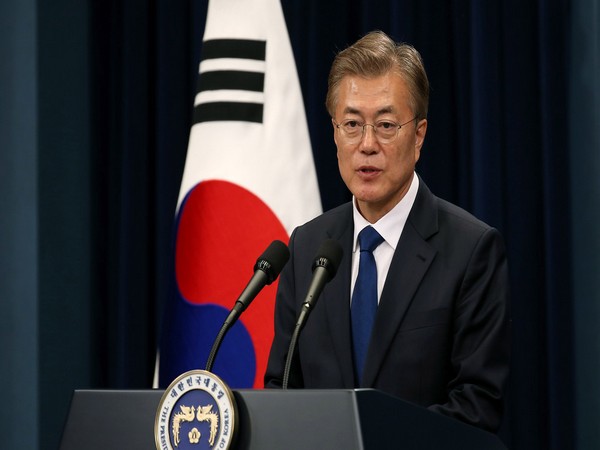 South Korean President Moon Jae-in is likely to visit Singapore next month to hold a summit with the United States and North Korea.

An official from the Cheong Wa Dae presidential office said that no decision has been made so far, Yonhap news agency reported.

The official added that President Moon will visit Singapore if he is invited by the US and North Korea.

Asked about the preparations of holding a trilateral summit involving the two Koreas and the US, the official said, “We have no plans to prepare for a three-way summit in advance.”

“We plan to make preparations (for a trip) when there is an invitation though we still do not know whether there will be one,” the official added.

Meanwhile, the Vice Chairman of North Korea, Kim Yong Chol on Wednesday arrived in New York, in a bid to revive the summit between US President Donald Trump and North Korean leader, Kim Jong-un.

He is slated to meet US Secretary of Source Mike Pompeo over the preparations for the proposed June 12 summit later in the day. Both the leaders will meet again and have a state dinner.

The latest flurry of diplomatic activities from the US came after Trump on May 24 had issued an official letter to Kim to call off the most awaited summit following the latter’s threats to do the same following the US-South Korea ‘Max’ military drills.

Earlier this month, North Korea also threatened to withdraw from the Trump talks if the US continued to insist Pyongyang abandon its nuclear programme.

However, on May 27, President Moon, who met Kim once again at the Demilitarised Zone (DMZ) said that the latter had reaffirmed his willingness to hold a summit with the US and was for the complete denuclearisation of the Korean Peninsula.