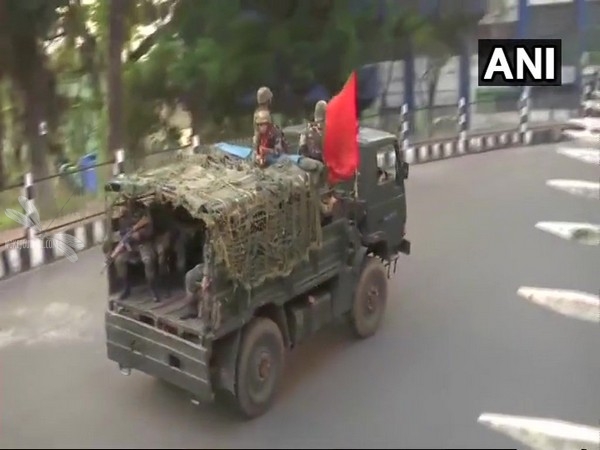 Violence erupted Shillong on May 31, 2018. Punjabi Line, a Punjabi colony that is home to more than 500 Dalit Sikhs, was attacked by the dominant Khasi community on Thursday. The victims believe that the Khasis’ attack is intended to drive the Dalit Sikhs out of the region to outskirts of the city.

Reports say that the violence had its origin in an altercation between a Sikh woman of Punjabi Line and a Khasi truck driver over parking space. This issue is said to have been solved when the Khasi driver signed a statement saying he had no hard feelings and after the Sikh woman paid him Rs. 4000 for his medicines. The agreement was reached upon at the local Cantonment Board police station on the same day. But by night, it is said that a fake WhatsApp message was circulated widely. It said that a group of Punjabi people from the colony had decapitated two Khasi boys.

However, the victims, most of who took refuge in the Gurudwara (the place of worships of Sikhs) believe that the false news and the attack are all intended at driving the community away from their homes where they have lived all their lives. The history of Dalit settlement in Shillong indicates that the problem is that of caste.

The Dalits of Punjab who settled in Shillong were employed in the casteist practice of manual scavenging. The British followed the Hindu tradition of employing Dalits to clean human excreta, a practice that the Khasis continued even after Indian independence. But by 1980s when manual scavenging was stopped in the region, Khasis felt that it was time for the Dalit Sikhs to be driven out of their land.

Scroll.in quoted Gurjit Singh, secretary of the village panchayat council as saying, ‘No one objected to us living here during the time when we were engaged in manual scavenging work after nightfall. That time they needed us since no one else would do it.’ The Punjabi Line is still called the ‘Sweepers’ Colony’ as a reminder of the casteist practice they were subjected to, in the past.

Khasis gathered at the colony and attacked the Punjabis after the fake news about the Khasi boys was circulated widely. Central Reserve Police Force (CRPF) and state police personnel who were present there had to fire tear gas shells in an attempt to stop the violence. By Friday, June 1, 2018, curfew was imposed in several parts of Shillong. Restrictions on the assembly of more than four people, blocking of internet and text messaging services followed. On the same night, the Punjabi colony was attacked by a mob with petrol bombs and stones. It started a fire in a salon. Most of the residents took refuge in the Gurudwara.

The violence directed towards the Dalit Sikhs primarily call them ‘outsiders’ and ask them to leave their land. But it does not seem probable that this caste based violence was triggered by a fight over parking space or eve-teasing (the reasons vary in different versions.)

Chief Minister of Meghalaya, Conrad Sangma has said that the violence was sponsored. ‘We have understood that there are people who are funding this agitation. Expensive alcohol and money is being given. We will take stern action against the plotters,’ the CM told NDTV.

However, he did not name the sponsors or have an answer to how hoards of people are entering Shillong from outside just to support the Khasis in their ‘fight’ to drive the ‘outsiders’ away.

All India Mahila Congress said about the violence, ‘One more peaceful state capital goes the Communal way as soon as @BJP4India comes at helm. Army called in after fresh violence erupts between two groups in Shillong, Meghalaya.’

One more peaceful state capital goes the Communal way as soon as @BJP4India comes at helm.
Army called in after fresh violence erupts between two groups in Shillong, Meghalaya.https://t.co/vFbOx8Ziel

Meghalaya has witnessed violence of this nature in the past but this is the first time after 1987 that it is repeating. The fact that it is happening after Bharatiya Janata Party (BJP) came to power just three months ago has fuelled more angst among the public who are not used to seeing Meghalaya in news for communal violence. 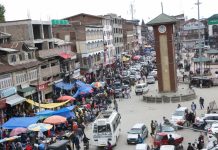 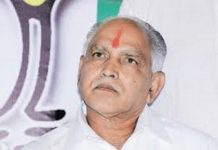 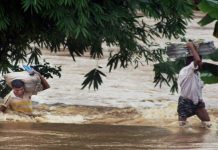 Teacher in Custody After 'Shots Fired' Report at US School