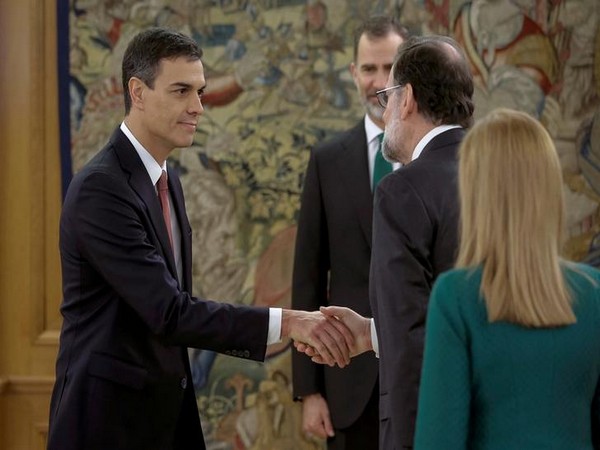 Spain’s Socialist leader Pedro Sanchez has been sworn in as the new Prime Minister of the country by King Felipe after the ousting of conservative Mariano Rajoy.

“I promise by my conscience and honor to faithfully fulfill the obligations of the office of President of the Government with loyalty to the King, and to keep and enforce the Constitution as the fundamental norm of the State,” CNN quoted Sanchez, as saying.

Sanchez, who leads the Spanish Socialist Workers’ Party and reportedly is an atheist, has become the first Spanish Prime Minister to be sworn in without a Bible or crucifix, according to the party.

Rajoy is said to have been present at the ceremony.

The new Prime Minister faces significant challenges and an uphill battle as he assumes office.

Last year, Spain was hit by the Catalan independence crisis, which remains unresolved yet. Spaniards are plagued by high unemployment and the effects of the financial crisis.

The 46-year-old former economics professor has promised to address the “pressing social needs” of citizens.

According to the report, Sanchez will work on his Cabinet this weekend and is likely to name them next week.

His own party holds only 84 seats in the 350-seat chamber and secured support for the no-confidence motion from a number of other parties in parliament, according to several media reports.