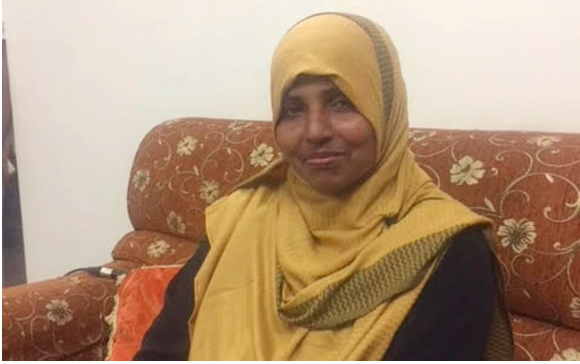 The News Broadcasting Standard Authority (India) has directed the media outlets to take down the ‘propaganda’ Television Channel programme and the fake news against The Popular Front of India.

NBSA issued the order against Aaj Tak, The Republic, The Times Now and India Today TV. NBSA also directed the broadcasters that the video of the said programme, if hosted, on a website, YouTube or any website or any other links should be removed immediately and confirmed to NBSA.

A programme titled ‘Kerala: Operation Conversion Factory’ was broadcasted in Aaj Tak and India Today TV on November 2017. GeneralÂ Secretary of Popular Front, M Muhammadali Jinnah and All India President of Women’s Front A.S Zainaba filed a complaint against the said program alleging it to spread the fake news to the NBSA which resulted in NBSA’s intervention. The PFI alleged that these reports were defamatory and brought disrepute to the organisation.

“In the programme, journalist P Ahmed Shareef was portrayed falsely as a member and founder of The Popular Front of India. Contrary to the facts, the program raised the allegations such as anti-national, ‘love-jihad’ ka Zaaher (abetting love jihad). This is against the discipline instructed by the NBSA”, said the judge while considering the case.

The complaint against Republic TV was for a debate that was hosted by Arnab Goswami that ran a poll asking ‘if PFI should be banned in India’ and also saying that the party had terrorist links. After a hearing where representatives of both the parties were present, documents substantiating the claim were sought from Republic TV.

Based on the submitted documents, NBSA observed that ‘there is only a charge sheet and no finding by any court of tribunal that PFI is a terror-linked organisation, nor had the government declared PFI as a terror organisation or an organisation indulging in unlawful activities.’

It further said that the use of the hashtags and conducting a vote under the topic #BanPFI: Should terror linked PFI be banned now, the statement ‘The terror link is exposed tonight‘ and the telecast scroll, ‘Terror proof emerges against PFI‘ would amount to trial and judgment by media on unverified hearsay material.

The complaint against Times Now was regarding their broadcast about the grand conference conducted by PFI in Kerala. It showed the lines ‘Incubator of Hate Parades,’ ‘Muslim hate group given free run?’ and hashtags #BanPFI and ‘When will centre #BANPFI?‘ NBSA’s observations regarding this case were the same as that in the case of Republic TV. Saying that there was no finding by any court of tribunal that PFI is an ‘incubator of hate’ or a ‘hate group,’ the authority said that the programme amounted to trial and judgment by media.

The complaints against Aaj Tak and India Today were filed by Ms. A.S. Zainaba, President, National Womenâ€™s Front (NWF) and Member of All India Muslim Personal Law Board regarding a ‘sting operation’ that was conducted by the channels.

The programme on Aaj Tak had accused PFI of forced religious conversion to Islam. It also showed one, Mr. Ahmed Shareef, to be the founder member of PFI. PFI said that he was neither a member nor an office bearer of the organisation.

India Today had aired a programme that said that PFI indulged in religious conversions and was recruiting people to ISIS (Islamic State of Iraq and Syria). They said that a centre called Sathya Sarani was being run by PFI and that it was a centre for religious conversion. The broadcaster had also said that PFI was formed by ex-members of SIMI (Students Islamic Movement of India), an organisation that is banned in India.

This report was immediately used in a case of which the hearing was proceeding in Supreme Court of India. The court was hearing a petition by Mr. Shafin Jehan, husband of Hadiya, daughter of Asokan K M. Jehan had challenged the Kerala High Court verdict that had annulled the couple’s marriage. He had also challenged the NIA (National Investigation Agency) investigation into the marriage.

Asokan included the content aired on India Today in his application to initiate action against PFI. The complaint said that this move ‘showed an unholy nexus among the litigants, investigation agencies like NIA and the India Today TV Channel’ and that the channel had conducted a media trial ‘with an intention of manipulating the judiciary by undermining the tenets of its independence.’

NBSA, after examining documents and hearing both the sides said that the channels should use restraint in the words they use on the air like ‘desh drohi‘ (anti-national) and ‘love jihad ka zaheer.‘ NBSA closed the complaints with a warning against the broadcasters.

In the case of Aaj Tak and India Today, the authority decided to close the complaints with a warning to the broadcasters to be more careful in describing persons/institutions with objectionable taglines.

It also noted that the scope of its inquiry is restricted to examining whether there was any violation of the NBA/NBSA Regulations and Guidelines, it would not be able to decide whether the documents relied upon by the broadcasters were bogus or fake, as alleged by the complainants.

In the absence of any finding or declaration by a court or other competent authority, such descriptions may be considered to be objectionable bordering on violation of the NBA/NBSA Code of Ethics, Regulations and the Guidelines relating to neutrality and objectivity.

The authority has directed that the order issued against Aaj Tak, The Republic, The Times Now and India Today TV should be included in the report published by National Broadcasters Association and the order should be given to media to publish.

RBI to Link Base Rate With MCLR