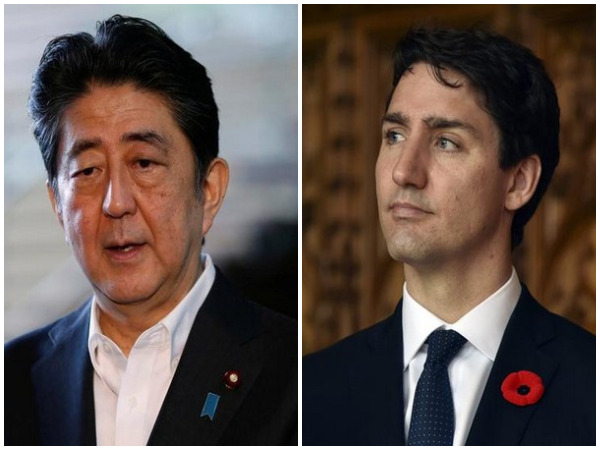 Taking to Twitter, Trudeau also thanked his Japanese counterpart Shinzo Abe for meeting with him on Friday for the progress, the two leaders made on Comprehensive and Progressive Agreement for Trans-Pacific Partnership (CPTPP) and G7 summit.

“Japan & Canada are committed to moving forward on progressive trade to create jobs & growth in both our countries. Thanks to PM @AbeShinzo for the meeting this morning in Charlevoix, focused on the progress we’ve made on CPTPP and today’s G7 Summit,” Trudeau tweeted.

The Japanese Prime Minister on Friday met Trudeau for the G7 summit in Charlevoix.

According to the official site of the Canadian Prime Minister, the two leaders discussed various issues including economic growth, job creation, and the protection of oceans and the environment at the G7 Leaders’ Summit.

Both leaders also discussed the importance of continued cooperation among G7 leaders on global peace and security issues, such as denuclearisation and North Korea.