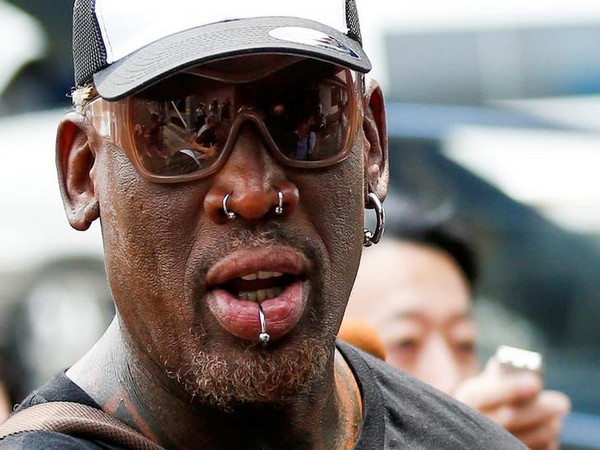 Putting an end to the speculations around his attendance in the ‘historic’ summit, Rodman via his Twitter account announced his arrival at Changi where the summit is scheduled to take place.

“Just arrived to Singapore for the Historical Summit! Looking forward to @POTIUS having incredible success that the whole world will benefit by. Thank you @potcoin for supporting my mission! #Peace #Love #HistoricalSummit #Singapore #PresidentTrump #MarshallKimJongUn,” Rodman tweeted.

He also thanked ‘Potcoin,’ which is a cryptocurrency that has been supporting the peace mission between the US and North Korea, for funding his visit. As per the media reports, the company is interested in forging peaceful ties between the two nations.

He is expected to play some sort of diplomatic negotiations prior to the summit.

“No matter what you might think about his presence. One thing’s for sure the ratings will be huge. A lot of times in situations that involve complex diplomacy countries like to identify ambassadors of goodwill and whether you agree with it or not Dennis Rodman fits the bill,” New York Post quoted an anonymous source as saying.

Meanwhile, Trump tweeted to give an update on the on-going delegation-level meetings between the US and North Korea.

“Meetings between staffs and representatives are going well and quickly….but in the end, that doesn’t matter. We will all know soon whether or not a real deal, unlike those of the past, can happen!” Trump tweeted.

Earlier in the day, US Secretary of State Mike Pompeo said that the US would provide ‘security’ to North Korea in return for its denuclearisation.

Illegal pills given to women workers at factories in Tamil Nadu, Reuters Expose