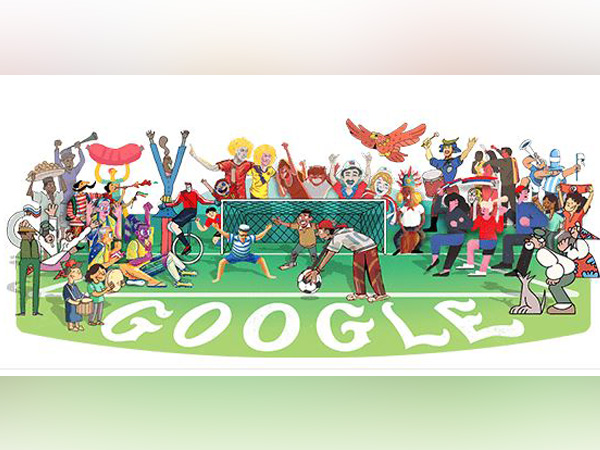 Tech giant Google has come up with a doodle celebrating the spirit of football, highlighting world unity and the diverse cultures of fans from 32 participating nations of the FIFA World Cup 2018, which begins in Russia on Thursday.

The doodle, created by 32 artists from different countries, depict exciting fans with drums and other instruments, who are welcoming the quadrennial tournament with great pomp and fervour. One of the fans shown is about to kick a football from the goalpost.

The 21st edition of the FIFA World Cup is set to kick off at Moscow’s Luzhniki Stadium, where 32 nations, divided into eight groups will fight it out for the coveted trophy in the month-long event.

The opening ceremony will be a star-studded affair dotted with the presence of singer Robbie Williams and Russian soprano Aida Garifullina.

After the ceremony, hosts Russia will lock horns with Saudi Arabia in Luzhniki Stadium at 8:30 pm (IST). The final will take place on July 15 at the same stadium.

A total of 64 matches will be played in 12 venues located in 11 cities spread across Russia.

Germany, who are the defending champions, will be aiming to win their fifth title. Other teams who are favourites to win this year’s FIFA World Cup are five-time winners Brazil, Spain, France, and Portugal.

Iceland and Panama will participate in the quadrennial event for the first time.

This is the first time a FIFA World Cup event is being held in Russia and after eight years since the 2006 edition was held in Germany.