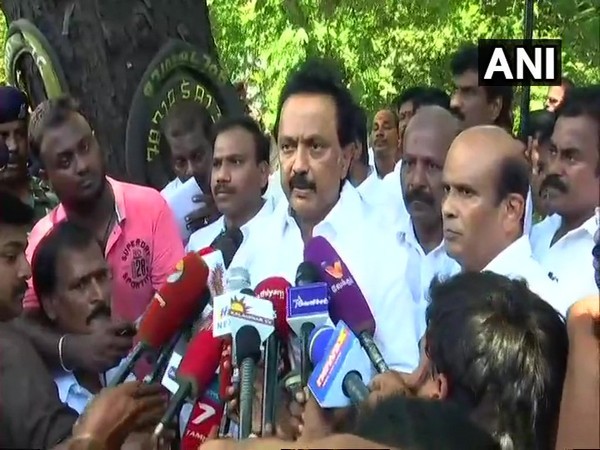 Dravida Munnetra Kazhagam (DMK) working president MK Stalin was detained by the police on Saturday, while he was protesting against Tamil Nadu Governor Banwarilal Purohit.

Stalin said, “DMK has a history of showing black flags to many leaders, including Indira Gandhi, but never were cadres arrested. We want the Governor to resign.”

He also said Tamil Nadu Chief Minister Edappadi K Palaniswami and Deputy Chief Minister O Panneerselvam will not oppose the Governor as “they are afraid that their corruptions will be exposed”.

As many as 192 DMK cadres were detained in Trichy yesterday while they were holding a black-flag protest against the Governor.