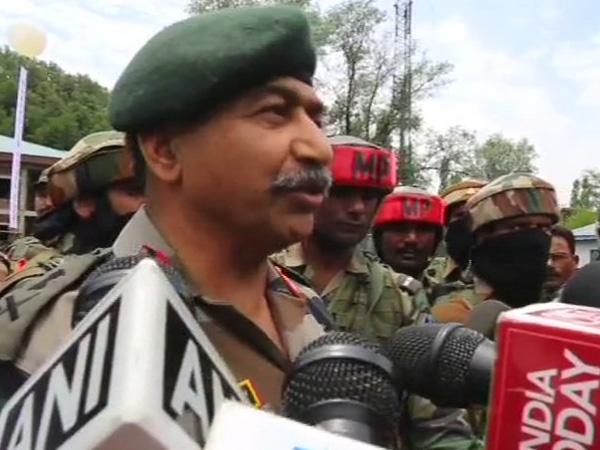 Commander of the Srinagar headquartered 15 Corps in Baramulla, Lt. General Anil Kumar Bhatt on Sunday said there are over 250 terrorists present in the valley majorly in the Southern part of Kashmir.

“There are fewer militants in North Kashmir as compared to Southern Kashmir. The atmosphere is also better. There are around 250-275 militants present in the valley,” Lt General A.K. Bhatt.

Commenting on last week’s encounter in Anantnag, Lt General A.K. Bhatt further said that IS is now almost over in the region.

Earlier in the day, an encounter broke out between terrorists and security forces in Kulgam’s Chadder Bhan area in Jammu and Kashmir after an attack on an Army patrol party.

Heavy firing is underway between the terrorists and security forces.

Director General of Police (DGP), Jammu and Kashmir Shesh Paul Vaid took to his Twitter handle to disclose that two terrorists have so far been killed and the third terrorist have surrendered to the police.

This came in the wake of terrorist attacks in Pulwama and Anantnag districts on June 22.

Terrorists hurled grenades and fired upon a police and Central Reserve Police Force joint party near Tral bus stand in Pulwama district, while at least four terrorists and a police personnel were killed in an encounter in Anantnag’s Srigufwara area.