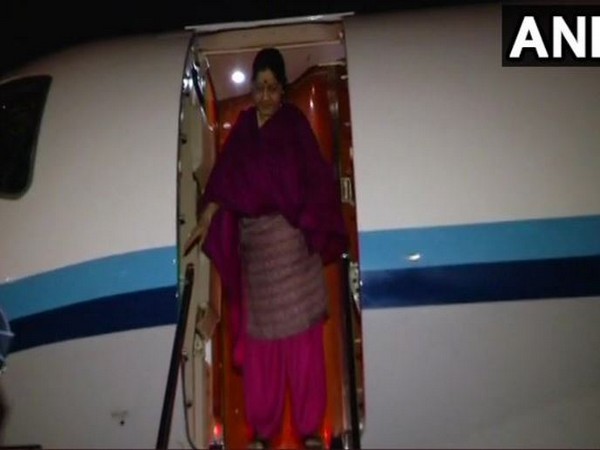 External Affairs Minister (EAM) Sushma Swaraj, who was on a week-long, four-nation visit to Italy, France, Luxembourg, and Belgium has arrived in India.

In Brussels, Swaraj reiterated India’s commitment to combat the climate change, saying, “it is rooted in our ethos.”

Furthermore, the EAM had also said that India and European Union (EU) stood shoulder to shoulder and united by shared values and principles in the midst of complex challenges to global peace and security.

Swaraj was in Belgium on her last leg of her week-long tour. Before that, she visited Italy, France, and Luxembourg.

In Luxembourg, she held informal talk with Prime Minister Xavier Bettel and later took part in a discussion with other members of the Luxembourg council.

She also discussed the expansion of bilateral trade and investment between India and Luxembourg with Prime Minister Bettel.

Prior to this, the EAM was in France, where she met the top French leadership and addressed the Indian diaspora.

Before that, she had visited Italy and discussed bilateral relations with Italian Prime Minister Professor Giuseppe Conte.

US bans Venezuelan and Iranian officials from entering America