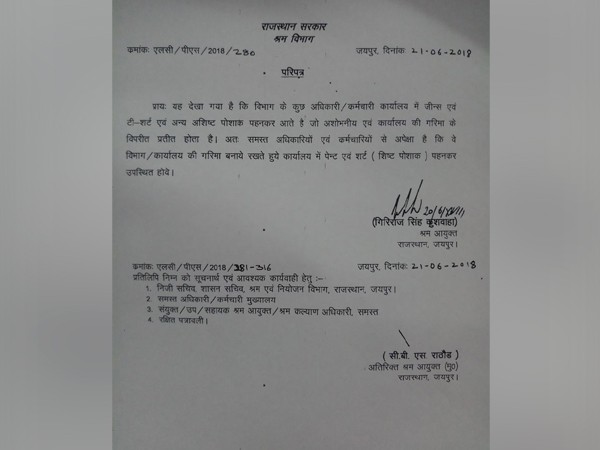 The Rajasthan Labour Department on Wednesday issued an order for its employees to wear ‘trousers and shirt’ while on duty, instead of jeans and T-shirts.

A letter issued by the Labour Commissioner on June 21 stated that few employees wear inappropriate clothes, which are indecent and against the dignity of the office.

The labour commissioner has directed the employees of the department to wear only pants/ trousers and shirts during office hours.

On a related note, a similar decision came up in the past, wherein members of the education department and teaching staff were asked to introduce uniforms in colleges, which drew heavy criticism.