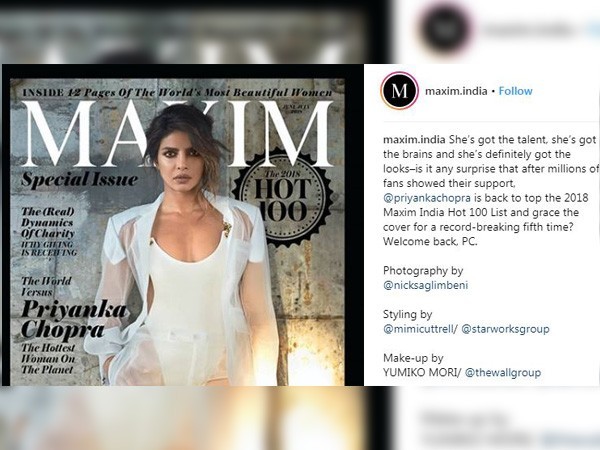 Priyanka Chopra looks like a dream in an all-white avatar on a magazine cover.

The global star, who features on the cover of Maxim, has been named the magazine’s choice for “the hottest woman on the planet.”

“She’s got the talent, she’s got the brains and she’s definitely got the looks-is it any surprise that after millions of fans showed their support, @priyankachopra is back to top the 2018 Maxim India Hot 100 List and grace the cover for a record-breaking fifth time? Welcome back, PC,” wrote Maxim.

Meanwhile, Priyanka is currently in India with her rumoured beau Nick Jonas. On the work front, she will be seen in ‘Bharat’ alongside Salman Khan. 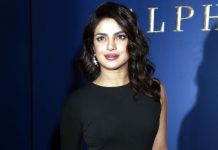 Priyanka Says Serving as Goodwill Ambassador privilege of my life 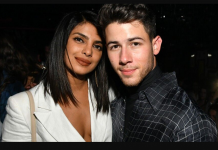 Priyanka and Nick are ‘People’ magazine’s Best Dressed for 2019 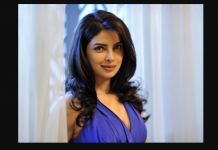 Priyanka Chopra, Rajkummar Rao to star in ‘The White Tiger’