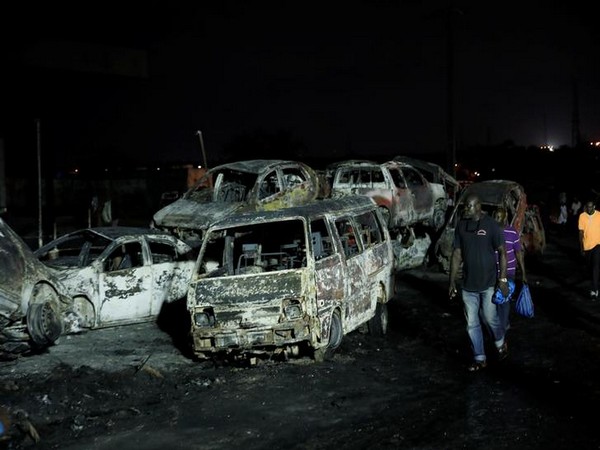 At least nine persons were killed and five injured when an oil tanker collided with a car and exploded on a busy bridge, setting vehicles ablaze near Lagos city on Thursday.

As per officials, the tanker caught fire at around 5 pm (local time) on the Lagos Ibadan Expressway, which is used by people residing in the outskirts of the city.

A Nigerian government official told CNN that the death toll is expected to rise, as 54 vehicles were burnt due to the explosion.

Emergency response teams arrived at the scene later, rescuing people who were trapped in the blaze.

“We are still battling this fire, and rescue teams are trying to access the bridge. Many people are trapped in the fire as we speak,” Adesina Tiamiyu, who heads the Lagos State Emergency Management Agency, told CNN.

In October last year, 20 cars and four commercial motorcycles were damaged when an oil tanker turned turtle, spilling petroleum on a busy road.